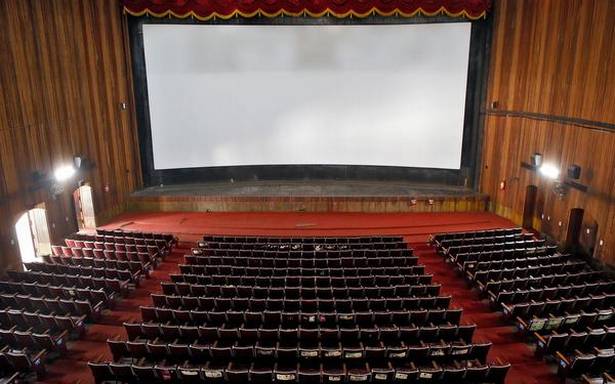 In a major relief to cinema theatre owners, the State Government has decided to waive entertainment tax and reduce the fixed charges on electricity during the post-COVID-19 oubreak period, when the theatres had remained closed. The decision was taken following a meeting Chief Minister Pinarayi Vijayan between representatives of the various film bodies, who indicated that the cinema theatres in the state would be opened soon, considering the favourable stand from the chief minister towards their demands.

The State Government had in 2019 issued an order allowing civic bodies to collect entertainment tax of up to 8.5% on the sale of cinema tickets, to make up for the revenue losses after the implementation of the Goods and Services Tax. However, the the Film Exhibitors’ United Organisation of Kerala and the Kerala Film Chamber of Commerce had maintained that this amounted to double taxation, as they are already paying the GST on tickets.

Now, the Government has heeded to the demands of the exhibitors, who were ravaged by loss of revenue after the outbreak of the pandemic. The Government has also decided to reduce the electricity fixed charges by 50%. The exhibitors can repay the remaining amount as installments. The property taxes which should have been paid to the respective local bodies before March 31, 2020, can be paid as monthly installments. The State Government cannot take any decision regarding professional tax.

The period of the various licenses for the theatres from the local body, electrical inspectorate, filns division, health department and fire force has been extended to March 31. The decisions were taken in a meeting chaired by the CM with Power Minister M.M.Mani, Minister for Local Self Governments A.C.Moideen, KSEB Chairman N.S.Pillai and others in attendance.

Earlier in the day, the CM held talks with the representatives of the Kerala Film Chamber of Commerce, Film Exhibitors United Organisation of Kerala (FEUOK), Kerala Film Producers’ Association and Distributors’ Association. The film body representatives said that the meeting was fruitful and that they would announce a decision on reopening of theatres later in the day, after discussions.

The State Government had early this month allowed the theatres to reopen with 50% capacity from January 5 onwards, but the theatre owners refused to reopen until their demands were conceded. However, most of them were keen on reopening for the Pongal release of the Vijay-starrer ‘Master’, considering the possible jump in revenue.