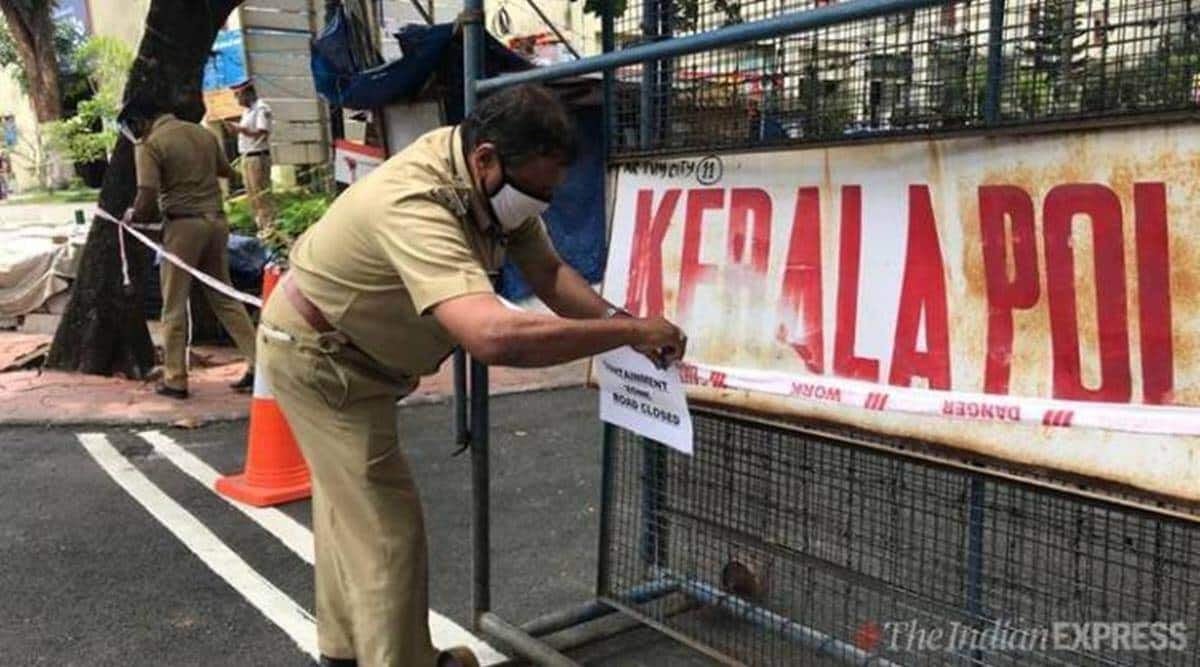 The Kerala Police on Friday questioned state BJP general secretary (organisation) M Ganeshan in connection with the alleged robbery of Rs 3.5 crore from a vehicle on the National Highway between Thrissur and Ernakulam districts on April 3 – three days before the Assembly elections.

The case came to light four days after the alleged robbery took place, on April 7, when the driver of the vehicle made a police complaint, claiming that he was ferrying Rs 25 lakh belonging to Kozhikode-based RSS worker A K Dharmarajan, a real estate investor, which was looted.

However, as the police probe progressed, the amount of money kept increasing — Rs 1 crore was recovered from the premises of the gang arrested for the robbery, and based on the confessions of those arrested, investigators have concluded that the looted money could be as much as Rs 3.5 crore.

It has been alleged that the looted money was part of BJP’s election fund for the Assembly polls. “Several persons, including BJP leaders, would be served notices in the coming days. All those who are suspected to be privy to the arrival and movement of the money would be questioned. We are preparing the list based on digital evidence. Those who have been in touch with Dharmarajan and others in those days (of the robbery) would be questioned for verifying certain points,” a police source said.

On Thursday, police questioned BJP Alappuzha district secretary K G Kartha, based on the deposition of Dharmarajan. Kartha had been in touch with Dharmarajan in the days before the robbery and after the incident.