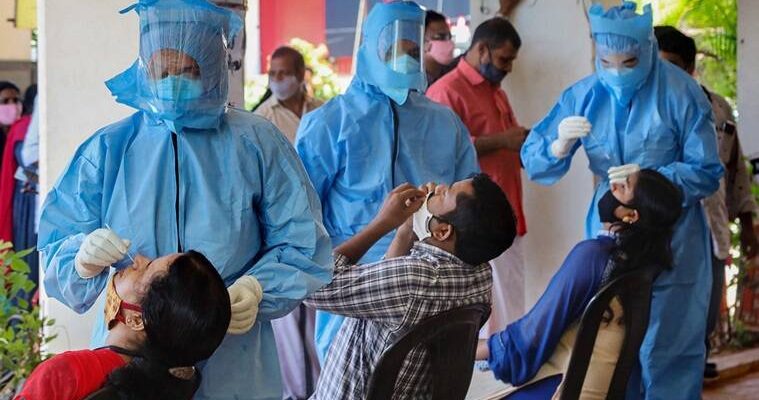 However, Kerala continues to account for the highest number of people under treatment for Covid-19 at home/hospital isolation in the country and contributes the most to daily infections as well In a sign of the pandemic receding in Kerala, the active caseload for Covid-19 fell below the 1-lakh mark on Tuesday, the first time since June 29.

However, Kerala continues to account for the highest number of people under treatment for Covid-19 at home/hospital isolation in the country and contributes the most to daily infections as well. Maharashtra is in second place with over 35000 active cases, followed by Tamil Nadu with 15,000 cases.

On Tuesday, Kerala reported 7823 new cases and 12,490 recoveries when over 86,000 samples were tested. The test positivity rate (TPR) stood just above 9 percent. The health department said just 11 percent of the active cases are currently admitted to hospitals or field hospitals like domiciliary care centres, first and second-line treatment centres. The rest are in isolation at home. With 106 new deaths, the toll touched 26,448.

However, as a note of concern, it was reported that out of the 7823 new cases on Tuesday, 2036 persons had taken the first dose of a Covid-19 vaccine and 2472 persons had taken both doses. A total of 2281 persons who tested positive were unvaccinated.

Among those who tested positive in the months of June, July and August, six percent had taken one dose of the vaccine and 3.6 percent had taken both doses. While breakthrough infections were being reported, the vaccines were shown to prevent serious illnesses and deaths among those contracted with the virus.

In Kerala, 93.6 percent of the eligible population above the age of 18 have taken one dose of the vaccine and 44 percent both doses. On the parameter of vaccination per million population, Kerala stands first in the country, the health department claimed.