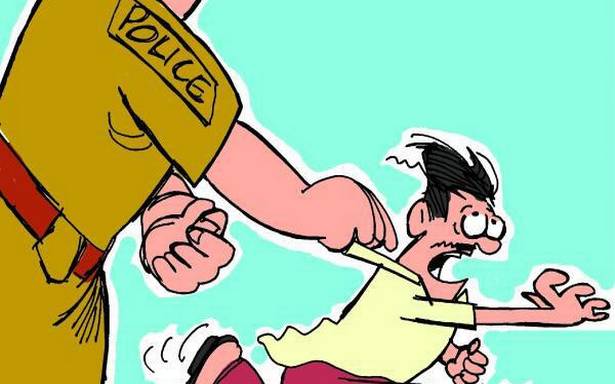 The Kilpauk Police is sending a team to West Bengal to nab the third accused.

The Kilpauk Crime Police arrested two persons on charges of cheating an owner of a gold-jewellery making unit of nearly one kg, within 24 hours of the complaint being filed in Thiruvottiyur railway station on Monday.

The two persons identified as K. Arul of Poonamallee and C. Ramesh of Thiruvottiyur, were later produced before the judicial magistrate and sent to prison. The police team is in search of a third person named Tapan Rubidas of West Bengal.

A police official of Kilpauk station said a complaint was filed by A. Arunkumar of Rajarathinam Street, Kilpauk, who was engaged in gold jewellery making by purchasing gold bars and selling them as jewellery to various gold shops. He had employed three persons including Arul, Ramesh and Tapan Rubidas, for making gold jewels. The three persons robbed the victim of nearly one kilogram of gold over some years.

The Kilpauk Crime police team immediately formed a special team and rounded up the two accused Arul and Ramesh at the Thiruvottiyur railway station. Based on the initial investigation the Kilpauk Police retrieved nearly 300 grams of gold from various persons to whom the two accused had sold the gold bars.

Crime Inspector Sam Vincent led the team and apprehended the two accused. The Kilpauk Police is sending a team to West Bengal to nab the third accused.