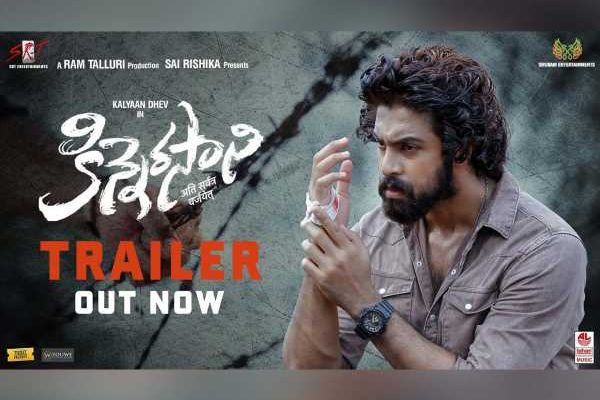 Kalyaan Dhev, the son-in-law of Megastar Chiranjeevi , is working for an upcoming film Kinnerasani, which is touted to be a romantic crime thriller.  Raman Tej of  Naga Shaurya starrer  action drama Ashwathama fame is  helming  Kalyaan Dhev starrer and  the movie is being produced under  the banners of SRT Entertainment and Shubham Entertainment.  Today morning the makers of Kinnerasani launched the trailer, which is grabbing the attention of many.  The trailer looks interesting and it  raises the expectations on the movie. The cinematography work by Dinesh K Babu are amazing and the background score by Mahati Swara Sagar are the main assets.

Kinnerasani  is a mystery thriller  drama that follows the journey of Veda who is in search of her father.

The movie also has Ravindra Vijay, Ann Sheetal, Mahathi Bikshu and others in key roles. Kalyaan Dev starrer movie Kinnerasani is slated to hit the theaters on 26th January 2022.

Apart from Kinnerasani, the young actor Kalyaan Dhev is also working for another film Super Machi   under the direction of Sreedhar Seepana.  The sources say that Kalyaan Dhev is also playing the lead role in  sports based drama, and the details of this project is yet to be revealed.