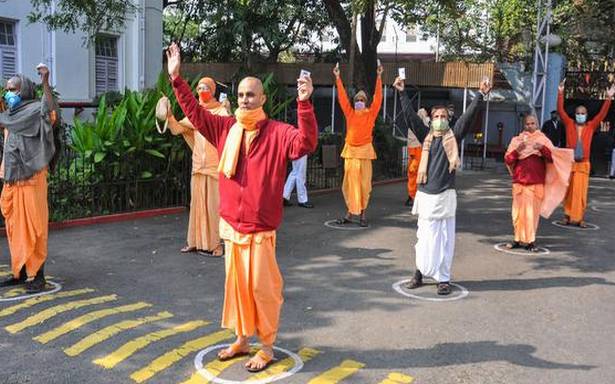 The ruling Trinamool Congress candidates were leading in 99 wards of the Kolkata Municipal Corporation (KMC) election on Tuesday , December 21, 2021, as per early counting trends while the opposition BJP and CPI(M) are ahead in two wards each and Congress in one, SEC officials said.

The counting of the votes for the 144 wards of the Kolkata Municipal Corporation (KMC) began this morning at 8 am.

"As per the trends the TMC has taken the lead in 99 wards. BJP and CPI(M) are leading in two wards each. The Congress is leading in one ward," a State Election Commission official said.

In ward no 45, Congress’s sitting councillor Santosh Pathak is ahead of his nearest rival of the TMC.

The KMC is divided into 144 administrative wards which are grouped into 16 boroughs.

Sporadic incidents of violence, including hurling of bombs at two booths, marred the KMC elections on Sunday even as over 63 per cent of the nearly 40.5 lakh voters exercised their franchise.