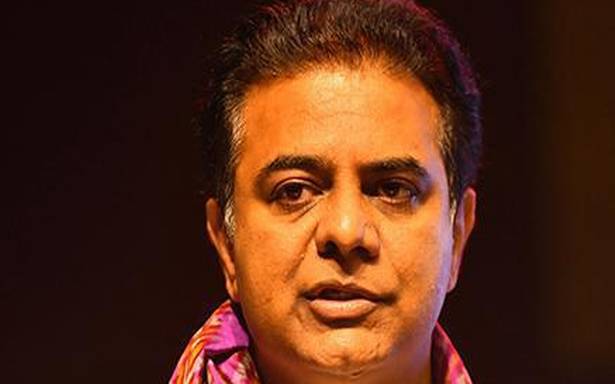 “Honourable Prime Minister Narendra Modi ji, on the National Handloom Day you had talked of strengthening #Vocal for handmade. On the contrary to the idea, your government has enhanced GST on Handlooms and Textiles from 5 % to 12 %, which will be a death knell for the industry. Request you to intervene and save the weavers,” he tweeted.

Earlier, Mr. KTR shared a picture of the Prime Minister having lunch with construction workers in Kashi Vishwanath temple and posted several pictures of workers walking to their homes hundreds of kms away during the lockdown without any support from the government. The Minister wanted to convey that the Prime Minister remembers workers only when elections were around, and he said the same in the tweet.

On the enhancement of GST, the Minister earlier shot off a letter to the Union Minister for Textiles, Piyush Goyal and demanded the withdrawal of the decision to hike GST from 5% to 12%, which will come into effect from January 1, 2022.

Opposing the hike, Mr. KTR said that the handlooms industry was going through a crisis due to the pandemic and increasing the GST will impact it adversely.