These vulnerabilities of the informal sector became even more prominent as the entire country went into a state of suspension due to the lockdown enforced as a state response to the pandemic. 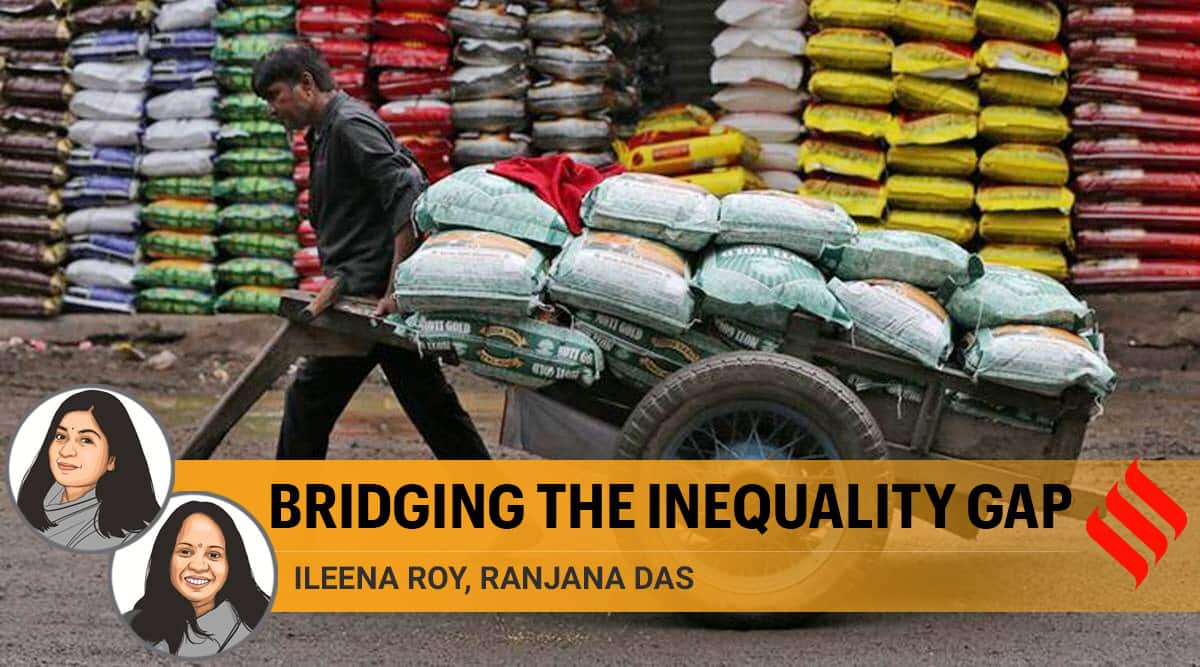 Finance Minister Nirmala Sitharaman in her budget speech referred to the implementation of the four labour codes, closing the process that started 20 years ago. She also mentioned a handsome Rs 15,700 crore for MSMEs, more than double of this year’s budget estimate.

Why are these important announcements? According to Oxfam’s latest global report, The Inequality Virus, out of the total 122 million who lost their jobs in 2020, 75 per cent, which translates to 92 million jobs, were lost in the informal sector. The report further highlights that over 300 informal workers died due to the lockdown, with reasons ranging from starvation, suicide, exhaustion, road and rail accidents, police brutality and denial of timely medical care. The National Human Rights Commission recorded over 2,582 cases of human rights violation as early as April 2020.

The financial year 2020-21 had been a tough year economically — the economy is expected to contract by 7.7 per cent. So, while there is an urgent need to revive the economy by generating employment, the COVID-19 experience tells us that there is also a need to provide social protection, especially to the 450 million informal sector workers.

But will the finance minister walk the talk? Over the last year, what the government seems to have done is quite the contrary. First, they diluted the labour laws; then they drafted the rules of the Code on Social Security without really taking into consideration the plight of the informal sector workers. To add to this, the rush to clear the labour codes and form the draft rules shows little to no intent on part of the government to safeguard workers.

Like FM Sitharaman announced, the draft rules mandate the registration of all workers (with Aadhaar cards) on the Shram Suvidha Portal to be able to receive any form of social security benefit. The portal has been developed by the Ministry of Labour and Employment. Now, on the one hand, this would lead to Aadhaar-driven exclusion and, on the other, workers will most likely be unable to register on their own due to lack of information on the Aadhaar registration processes. A foreseeable challenge is updating information on the online portal at regular intervals, especially by the migrant or seasonal labour force. At present, it is mandatory, failing which they will not be eligible for any social security benefits.

It is also unclear as to how these benefits will be applicable in the larger scheme of things. For instance, will a migrant worker with an Aadhaar card registered in her/his home state of Bihar be eligible for social security benefits in Gujarat where she/he is currently employed? It is, therefore, important for the draft rules to clearly state how their applicability will unfold with respect to the migrant informal workforce. According to a recent IHD report, the total number of vulnerable migrant workers could range from 115 million to 140 million.

The draft rules fail to cater to the growing informal workforce in India — a workforce of contract and casual labour without the safety and security net extended to the formal sector. The growing informal nature of the workforce and the lack of the state’s accountability makes it a breeding ground for rising inequality. The workers face the risk of violations of their human and labour rights, dignity of livelihood, unsafe and unregulated working conditions and lower wages apart, among several other vulnerabilities. They are devoid of any employment security, paid leaves, health benefits or social security. These vulnerabilities of the informal sector became even more prominent as the entire country went into a state of suspension due to the lockdown enforced as a state response to the pandemic. The existing social security schemes failed to provide protection during such times of crisis, and one can only hope that the same mistakes aren’t repeated.

The Code on Social Security was envisaged as a legal protective measure for a large number of informal workers in India but unless the labour codes are made and implemented keeping in mind the realities of the informal sector workers, it will become impossible to bridge the inequality gap.

This article first appeared in the print edition on February 18, 2021 under the title ‘Bridging the inquality gap’. Roy is with the Private Sector Engagement team at Oxfam India and Das works on commodity supply chains and informal sector issues, Oxfam India