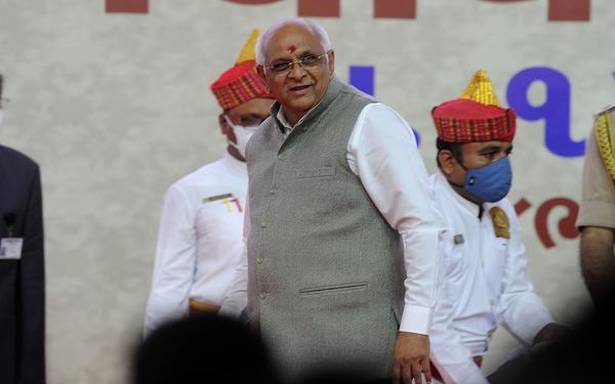 CM wants officers who have completed three years in one place will have to be changed, says official

A large-scale bureaucratic reshuffle in the civil and police administration in Gujarat is expected as the new government led by Chief Minister Bhupendra Patel settles down.

The State will likely to undergo major changes in the civil administration from district to the secretariat and similarly in police also, there will be changes from the district Superintendents to the range DIGs and police commissioners.

According to informed sources, a final shape is being given to the reshuffle to be effected anytime after next week.

Both Mr. Joshi and Ms. Singh continue to hold charges of their previous portfolios: ACS (Finance) and CEO and Vice-Chairperson, Gujarat Maritime Board (GMB) respectively.

Also, there are several vacancies in the secretariat including ACS (Home).

“The Chief Minister has insisted that those officers who have completed three years in one place will have to be changed,” a top official involved in the bureaucratic appointments said.

“In the civil administration, there will be changes at the district level in which several district collectors and district development officers, some municipal commissioners will be changed. At the secretary level, there will likely be changes in more than half a dozen important departments,” the official added.

Also, most of the top State PSUs like GACL, GSFC, GNFC etc are being run on in-charge basis so there will also be changes there.

In the police also, several SP rank officers will be promoted to DIG level with changes in the police apparatus. The Hindu has learnt that large number of SPs and range DIGs will be changed including Police Commissioners of Rajkot and Vadodara.

“Most of the transfers will be effected keeping in mind the next Assembly polls to be held in December 2022,” a top source in the government said.