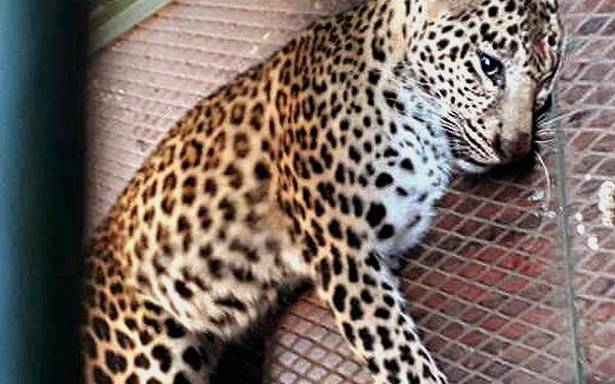 It was trapped near Jayapura

A leopardess which entered a poultry farm near Jayapura was tranquillised and released back into the forest on Tuesday.

The animal, around 3 years old, was noticed by local villagers who informed the Forest Department.

Range Forest Officer Girish and other staff reached the spot and tranquillised the leopardess, which was later released back into the wild in the Veeranahosahalli range of Nagarahole National Park.

The area around Jayapura as also the rural hinterland in Mysuru district is suitable for leopards and hence their presence and sighting is common. The agricultural fields abut reserve forests and shrubs jungles which provide the vegetation cover required for the leopards to move from one place to another. The landscape is also dotted with wildlife sanctuaries and national parks and hence the frequency with which leopards are trapped and released back into the wild is high in the district.

Meanwhile, there were reports of the presence of a leopard between Brahmarambha Choultry and Madhuvana Layout close to Vivekananda Circle. Senior department officials visited the spot and it is suspected that the leopard may have strayed from Lingambudhi Lake and nearby region. Deputy Conservation of Forests (Territorial) Kamala Karikalan said a cage will be placed to trap the leopard.