There has been intense lobbying in the Congress ever since Rahul Gandhi resigned last week with the seniors suggesting that a veteran should take over and be assisted by one or more young working presidents. 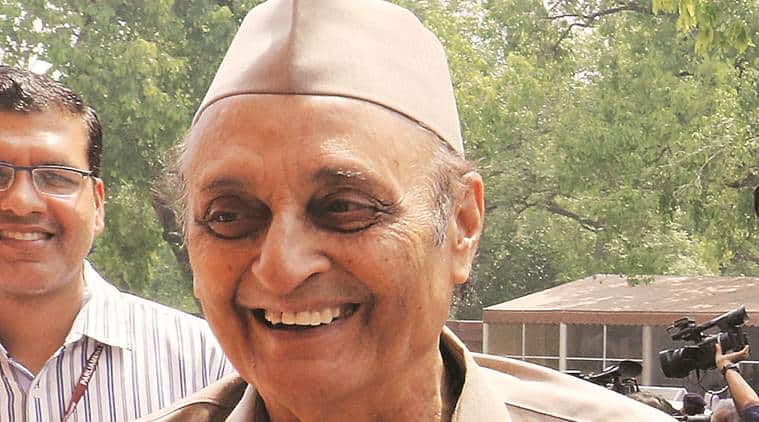 Two days after Punjab Chief Minister Amarinder Singh demanded that a young leader should take over the reins of the Congress, another veteran spoke out Monday but offered a different solution to the leadership crisis in the party. Karan Singh, who has worked with four generations of leaders from the Nehru-Gandhi family, called for the appointment of an interim president at the earliest to be assisted by four young working presidents or vice presidents. Singh is likely to meet former Prime Minister Manmohan Singh Tuesday with his proposal.

There has been intense lobbying in the Congress ever since Rahul Gandhi resigned last week with the seniors suggesting that a veteran should take over and be assisted by one or more young working presidents. The younger lot in the party, however, believe the party should think out-of-the-box now and hand over the reins to a young leader.

An informal group of top leaders comprising the likes of Ahmed Patel, Ghulam Nabi Azad, Anand Sharma and Mukul Wasnik have been meeting on daily basis to discuss the options but is yet to arrive at a solution. Karan Singh, in a statement, said he is “aghast to see the confusion and disorientation into which the party has fallen since Rahul Gandhi resigned on May 25”.

“Instead of honouring his bold decision, a month was wasted in pleading with him to take back his resignation, which as a man of honour and integrity, he should not have been presssurised to do. Six weeks have since elapsed and there is still no alternative structure in place,” he said, adding that the Congress Working Committee should be convened “without delay, perhaps under the chairmanship of former Prime Minister Manmohan Singh and take necessary decisions”.

“These would include an Interim Congress party president until the next party elections, and in my view, four Working Presidents/Vice Presidents, one each for the four zones — North, South, East and West. This would enable the introduction of younger people into positions of authority,” he said.

Singh said the “longer the present uncertainty remains the more will our workers and voters around the country be demoralised. The negative cycle must be reversed before it is too late”.

Reading between the lines of his statement, party leaders said he perhaps want a veteran as the interim president. Asked what prompted him to speak out, Singh told The Indian Express that “things were going from worse. I felt that having been in Congress for over half a century, we can’t just sit back and let the whole thing collapse. So I was compelled to say what I felt”.

On whether the structure that he has suggested is viable, he said “let people come up with other models. Something has to be done. You can’t just sit around doing nothing… state units will continue to collapse further”. He said he had not met or spoken to Sonia Gandhi or Rahul Gandhi but plans to meet Manmohan Singh Tuesday.

Senior leader Sheila Dikshit told The Indian Express that “whatever decision the party takes collectively… that will be the decision. It is not an individual choice. It has to be everybody’s choice and acceptability”.

The CWC is likely to meet later this week to deliberate on the leadership crisis. On demands that a young leader should take over the reins, Dikshit said “anybody who can take it on, whether young or middle-aged, the importance is the capacity and the capability”. Asked whether the choice of the next leader should be out-of-the-box, she said: “No. Whatever the circumstances say and evolve… that is the important thing.”