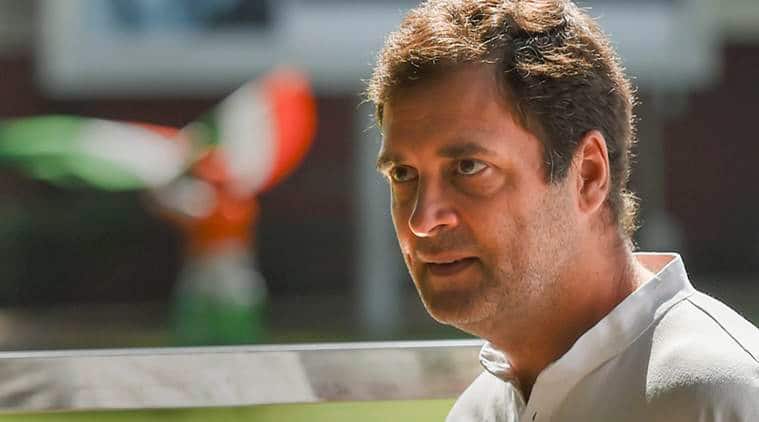 “Marte ko aur bhi maarna” — that neither feels good nor right. And yet, given the state of the Indian National Congress, hard questions need to be asked. They need to be asked because every Indian — whether she acknowledges it or not — has a stake in the revival of the Congress party, if we are to continue as a parliamentary democracy.

Despite the slump in its fortunes, the Congress is the only centre-piece, even today, around which opposition at the national level can coalesce. Regional parties will play a role but only up to a point.

For a start, the Congress should honour Rahul Gandhi’s resignation to step down as party chief, taking responsibility for the party’s rout. It would be a real charade, that the Congress has been so good at mounting in the past, if it persuades him to take it back. This time it will not only deepen the cynicism about a party already facing an existentialist crisis, it might finish Rahul Gandhi’s political career. On the other hand, if he holds firm — he also said that his sister Priyanka Vadra Gandhi should not be made Congress President in his place — he may win the respect of some, and live to fight another day.

Even if his decision turns out to be a mistake, it is always better to have erred, following an inner steer, than the cacophony of voices outside. If nothing else, Rahul Gandhi would be ensuring accountability. Equally important, he would be respecting the sentiment against “dynasty”, which was implicit in the 2019 mandate, particularly among the young and first-time voters, as Narendra Modi’s “naamdar vs kaamdar” slogan found a resonance amongst many. And India is a young and an aspirational country; its average age is going to be 29 in 2020.

This then could be Rahul Gandhi’s “Sonia moment”. In 2004, his mother Sonia Gandhi, gave up her claim to be prime minister, though she had been elected as the leader of the parliamentary party of the UPA. From that day, the country accepted her. Despite her foreign origins, the Congress still looks at her as its most respected leader.

Many apprehend that Rahul’s exit may cause more problems than solve. For, in the way the Congress is structured, it is the Nehru-Gandhi family which has kept the party united, and won it votes, though the latter is now diluted. The party, however, need not split, if the new president is chosen by consensus, and has the backing of the Nehru-Gandhi family. With a wipeout in 18 states, Congress leaders have to pull themselves up and hang together — or be forced to walk into the sunset.

There are enough people in the Congress who can head the party, and this time it can be somebody from the South, since the southern states have stood by the Congress more than the North and the West.

The delay in deciding, either way, has only deepened the insecurities in the party. As it is, the exit of leaders has started, what with 12 out of 18 of its legislators gravitating to the TRS in Telengana, the party’s Leader of Opposition in Maharashtra moving across to the BJP, and more are likely to follow. Defeat has unsheathed knives inside the organisation, be it in Rajasthan, or in Haryana, and this is a given when a party weakens.

Talk to ordinary folks, in town and village, and they are clear about the two reasons for the Congress’s woes: Congressmen and women have forgotten how to work hard. And the Congress has lost touch with the reality called India.

The Congress was always a party of patronage but it has over the years become no more than a conglomerate of comfortable men and women pursuing their individual agendas, interested in amassing wealth, given half a chance, and promoting their progeny. (There are exceptions of course). After all, it is the guilty men and women of UPA who brought Modi to power in 2014. Even today, the party’s leading lights are not willing to go beyond “money”, “media”, and “marketing” as the only reasons for the Modi magic. They discount the fire in the Modi-Shah belly not just for another stint in power, but to wield absolute power and leave a historical legacy, recasting India in accordance with their ideological worldview. There is no counter to it from the Congress side. The implication of Outcome 2019 has been more far reaching for the Congress than for the BJP.

As a beginning, the party has to democratise its decision-making processes. Why should not Rahul Gandhi work as an ordinary general secretary, as a “kaamdaar”? Priyanka Vadra Gandhi, as G. Sec in charge of East UP, has already been tasked with winning UP for the Congress in 2022. Maybe Rahul Gandhi can undertake a padayatra going around the country, with folded hands, only to understand what young and old India has to say about the Congress’s mistakes and what it should do. After all, Jagan Reddy undertook a 3,000 km padyatra to great effect in Andhra Pradesh, as did his late father Y S Rajasekhara Reddy. Perhaps the new narrative that the

Congress seeks will emerge from such a process — of looking to the ground for solutions, and encouraging the emergence of leaders from there. For entitlement is also about elitism, just as it is about a name opening doors. And about a culture which leaves everything to the High Command. Should there be a place for “High Command” in a modern, democratic organisation? Should decisions be left only to the Congress President? Or to Sonia Gandhi, who soon after she was elected chairperson of the Congress Parliamentary Party, was “authorised” to decide who should be the leader in both Houses of Parliament? Should not this decision be taken by a “Presidium” of leaders, which is under consideration.

Given its success, the BJP can afford to go in for a centralised model of decision making with Modi-Shah team calling the shots. A moribund Congress on the other hand has to ensure power-sharing — and a federal structure — to have any chance at rebuilding. In other words, to allow its regional leaders who have some kind of a mass following, an autonomy of functioning to decide and deliver. They too will have to move away from the High Command culture at the state level to a collegium style decision making. In 1998, when Sonia Gandhi took over as Congress President, she used to hold daily meetings with 20-30 leaders to decide the party’s line when Parliament was in session.

The sooner the Congress takes a decision on who should head the party, and knuckles down to preparations for the elections that lie three months down the line, in Maharashtra, Haryana, Jharkhand, the better for it. The party has fared better in recent state elections (Rajasthan, Chhattisgarh, Madhya Pradesh, and in local elections in Karnataka) than in national polls, and that may be the way to go. It is, after all, winning elections which provides the adrenaline to any party, and can arrest the outflow of leaders.

And who knows, Rahul Gandhi’s resignation may unleash processes which starts to dismantle — at least dilute — dynastic structures in other political outfits which have become family fiefs. For along with a Hindu consolidation, it is the rise of the subaltern that Modi represents in 2019, which the Congress and others will have to take note of.

The writer is a senior journalist