The victory in nine Assembly seats has not just secured the future of the AIADMK government, but also indicated trust in the AIADMK in spite of its internal crisis and alliance with the BJP. 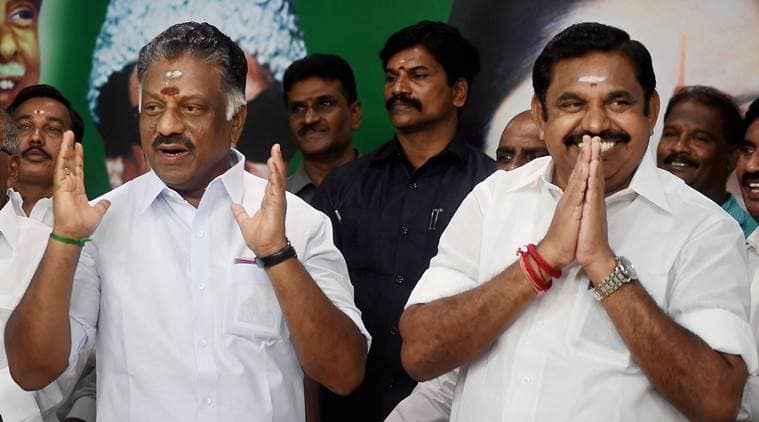 The ruling AIADMK in Tamil Nadu faced one of its worst defeats this year, winning a single seat out of 38 and a vote share of 18.48% in the Lok Sabha polls.

Even if the vote share appears an all-time low — much less than the 27.08% AIADMK got in 1996, when late J Jayalalithaa’s leadership faced a massive defeat with just four seats in state polls — the bypoll results in 22 Assembly seats show that it is not all bad news for the state government.

The victory in nine Assembly seats has not just secured the future of the AIADMK government, but also indicated trust in the AIADMK in spite of its internal crisis and alliance with the BJP.

While the AIADMK alliance including BJP, PMK and Captain Vijayakanth’s DMDK got only 18.48% votes in Lok Sabha polls, the ruling dispensation got 38.2% votes in the Assembly bypolls, indicating that people were ready to give the Edappadi K Palaniswami government another chance.

Why did the people reject AIADMK in Lok Sabha and not Assembly? “Maybe because they were not as angry with AIADMK as they were with BJP and PMK,” said a senior AIADMK minister.

Several AIADMK leaders who spoke to The Sunday Express said the bypoll results not only saved the government from a crisis but also gave mandate for Palaniswami to complete his term. “People made it clear that it is CM Palaniswami, not TTV Dhinakaran, who will play the role of a strong contender to M K Stalin (opposition DMK’s chief) in upcoming elections to local bodies and Assembly,” said a senior leader.

The results also show that it was AIADMK that reaped maximum benefit from the alliance with BJP, PMK and DMDK, when others lost the game in terms of seats as well as vote share. While BJP lost its sitting seat in Kanyakumari and vote share went down from 5.5% in 2014 to 3.66% in 2019, the PMK too lost the sitting seat Dharmapuri of Anbumani Ramadoss, a high-profile candidate.

A PMK leader close to Ramadoss, who was reportedly forced by his father S Ramadoss to ally with AIADMK in the final hours of elections, said that AIADMK votes didn’t transfer to PMK. “Ramadoss (junior) feared this phenomenon. But he had to go by his father’s decision as the BJP also was part of the talks and we were offered positions in Delhi post elections,” the leader said.

P Ramajayam, a political analyst with the Centre for Study of Social Exclusion and Inclusive Policy in Trichy, said the AIADMK leadership focused on Assembly bypoll seats rather than Lok Sabha seats, as a defeat in Assembly could have endangered the government. “When AIADMK focused on campaigns for bypoll seats, DMK was for Lok Sabha. Also, they were not desperate to destroy the government at this stage. Like people selectively voted, AIADMK too was selectively campaigning, which resulted in these differences between Lok Sabha and Assembly bypoll results,” Ramajayam said.

What also helped the AIADMK was the seemingly sinking popularity of rebel Dhinakaran, he added. “Masses who support Dhinakaran rallies may be still considering the ruling dispensation as the original AIADMK.”