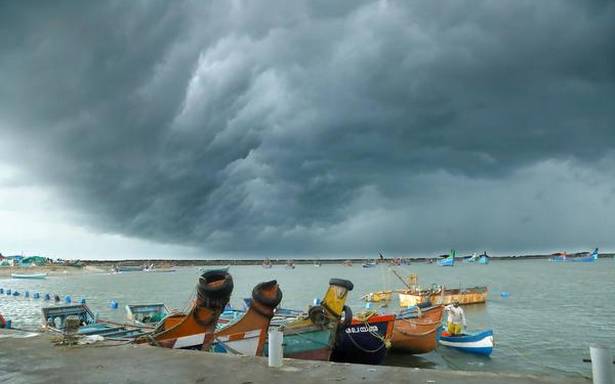 As per an IMD update, the low-pressure area likely to form over north Andaman Sea and east-central parts of the Bay region could intensify into a cyclonic storm

Within days of Cyclone Tauktae leaving its immediate neighbourhood, Kerala is bracing for more rainfall in the run-up to the southwest monsoon season with a low pressure area expected to form over the Bay of Bengal by May 22.

Kerala can expect an increase in rainfall by May 26 due to the new development, officials at the IMD Meteorological Centre in Thiruvananthapuram said. Wind speeds also are likely to pick up along the Kerala coast.

As per the latest IMD update, the low-pressure area likely to form over the north Andaman Sea and east-central parts of the Bay region could intensify into a cyclonic storm during the subsequent 72 hours. It is expected to move northwestwards and reach the West Bengal-Odisha coasts around the evening of May 26.

The development could also speed up the process of monsoon onset, Met officials indicated.

As it is, the IMD had forecast above-normal rainfall for Kerala till May 27.

Kerala had recorded very heavy rainfall during May 14-May 17 under the influence of Cyclone Tauktae in the Arabian Sea. The State had reported seven deaths in rain-related calamities and extensive damage to crops and houses.

Sea erosion also had been severe along the coast forcing relocation of hundreds of families to relief camps.