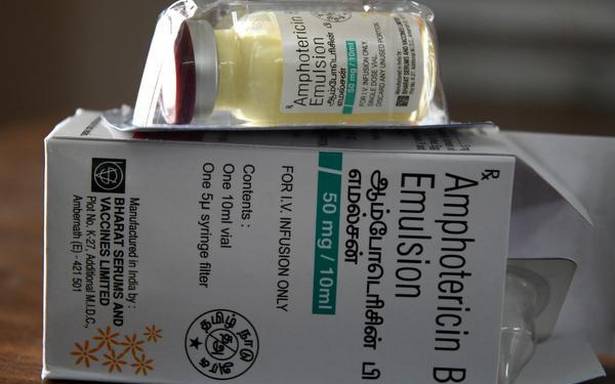 The licence was issued to Revacure Lifesciences, a private sector company in Umaria-Dungaria industrial area of Jabalpur district.

The Madhya Pradesh government has issued a licence to a Jabalpur-based company to manufacture Amphotericin-B, a key anti-fungal drug used in the treatment of black fungus or mucormycosis, an official said.

The Food and Drug Controller of Madhya Pradesh issued the licence to Revacure Lifesciences, a private sector company in Umaria-Dungaria industrial area of Jabalpur district, on May 31, which is valid till December 22 this year, a government release said.

The manufacturing of Amphotericin-B injection in Jabalpur will benefit Mahakaushal, Vindhya and Bundelkhand regions of the State as this drug will be available easily to the patients suffering from black fungus disease at a relatively low cost, it said.

The government said this is the second company in the State to be given the licence for Amphotericin-B production.

Meanwhile, Chief Minister Shivraj Singh Chouhan on June 4 claimed there was no scarcity of Amphotericin-B injections in the State. A consignment of 12,240 injections arrived at Indore on June 4 and around 17,000 more injections will be available after two days, he said.