Addressing her first press conference after Lok Sabha election results, Banerjee said that she loves her party and the people of her state, and cannot occupy a chair which doesn't let her work for the development of the state. 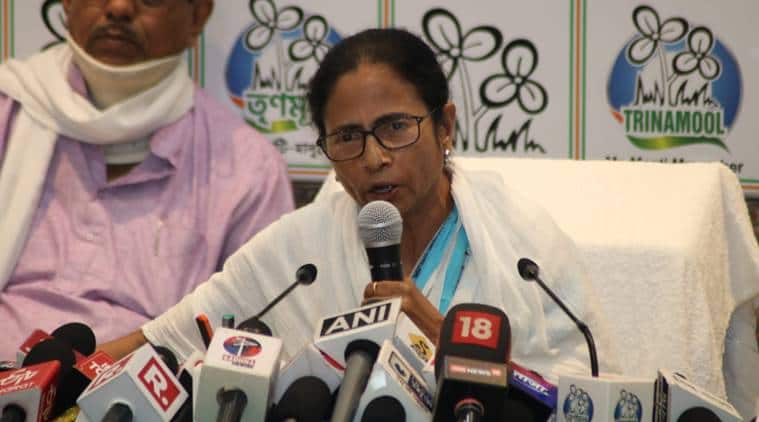 West Bengal Chief Minister Mamata Saturday said that she has offered to resign as the Chief Minister of West Bengal as it is difficult for her to work in a situation where democracy is being run by money. “In a meeting with my party workers, I have offered to resign. I don’t do not care about the chair. I have resigned from many a chair in the past too,” Banerjee said.

Addressing her first press conference after Lok Sabha election results, Banerjee said that she loves her party and the people of her state, and cannot occupy a chair which doesn’t let her work for the development of the state.

She alleged that her government had been targetted and was completely run by the Election Commission for the last five to six months. “My government was not allowed to function properly as they had created an emergency-like situation,” she added. Accusing the BJP of controlling Election Commission and Armed forces, she said there was also an attempt of getting rid of the Kolkata Police Commissioner.

The Trinamool Congress supremo accused the BJP of creating violence in Bengal during the elections. Mentioning about the poem she shared on Twitter Friday, she said, “Violence was an issue of this election. There were complete efforts to make this poll a Hindu vs Muslim battle, an attempt to polarise Hindu vote base. I do not subscribe with this ideology of polarisation.”

She also accused the saffron party of distributing money among common people as well as CPI(M) to ensure their win at several seats in Bengal. “Just go and find out how much money has been spent by the BJP on campaigning for this Lok Sabha polls,” she said. “They have also used CRPF to threaten voters before the elections. The voters were told whom to vote. This was in violation of Model Code of Conduct.”

She raised questions on how the saffron party managed to bag all the seats in Rajasthan, Gujarat and Delhi. “How is this possible hadn’t there been any incident of vote loot?” she asked.

She vowed to always speak the truth even if it is unpopular. “I have been a dedicated political worker all my life. I can continue as the chief minister of Bengal only on one condition. And that is, we all should join hands to put up a strong protest against the BJP’s unfair ways,” she concluded.