Sources said Chief Secretary Alapan Bandyopadhyay had also sent a separate report to the commission. “The focus will be to provide better security to VIPs so that there is no repetition of Nandigram incident,” an official told The Indian Express. 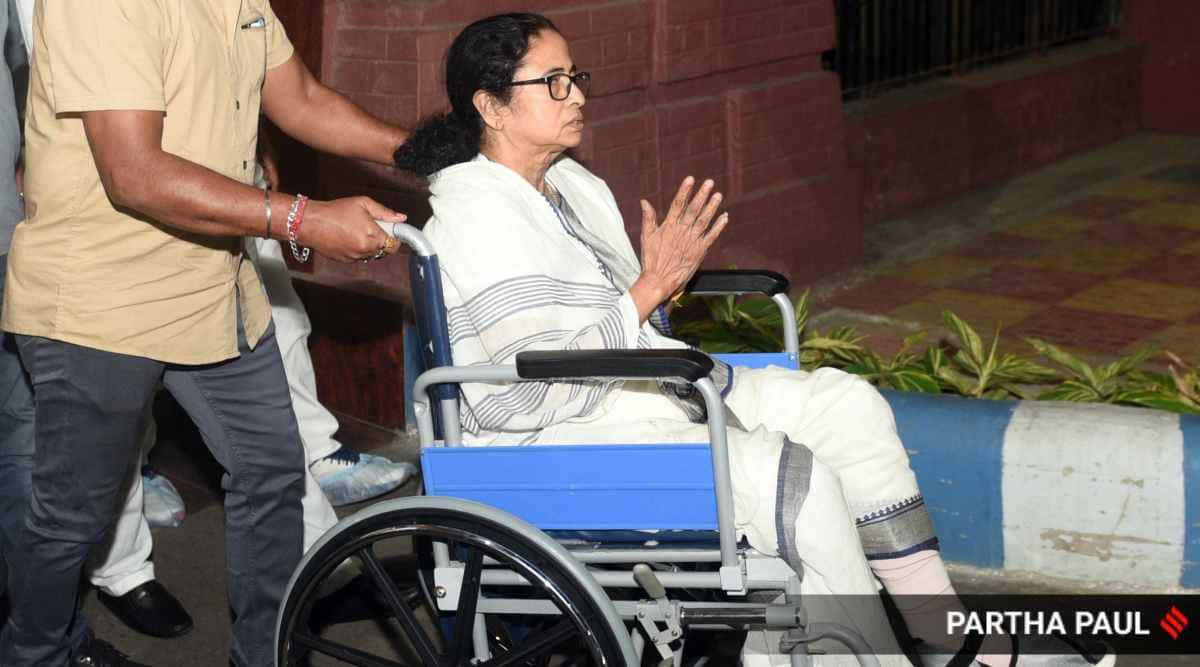 Following the submission of a joint report by the Purba Medinipur district magistrate (DM) and the superintendent of police (SP) on an incident in Nandigram earlier this week in which Chief Minister Mamata Banerjee was injured, the Election Commission will focus on ensuring better security to VIPs on the campaign trail so that such a lapse does not recur, officials said Friday.

Sources said Chief Secretary Alapan Bandyopadhyay had also sent a separate report to the commission. “The focus will be to provide better security to VIPs so that there is no repetition of Nandigram incident,” an official told The Indian Express.

According to the sources, after analysing the reports the poll panel may recommend a set of additional protocols that have to be strictly followed in case of star campaigners.

Highly placed sources said the “fact-based” report by the DM and the SP was forwarded to the commission through CEO. The report spells out the chronology of Wednesday’s incident, and contains the statements of eyewitnesses. According to it, Mamata Banerjee was standing on the footboard of her car when she was injured. Sources said the report also says the CM was surrounded by a crowd, suggesting that security lapses may have occurred.

Banerjee, who is contesting the polls from Nandigram, has claimed that she was leaving the Birulia Bazar area near Reyapara after offering prayers at a local temple when four or five people pushed her. The Trinamool Congress (TMC) chief said her right leg got trapped in the car door and she fell. Following the incident, Banerjee cut short her trip and returned to Kolkata.

The TMC on Thursday submitted a memorandum to the CEO, alleging a “deep-rooted conspiracy” to attack Banerjee, and linked it to the Election Commission’s decision to remove Director General of Police (DGP) Virendra and Additional Director General (Law and Order) Jawed Shamim.

“Within 24 hours of the removal of the erstwhile DGP, an attempt on Mamata Banerjee’s life was made in Nandigram this evening. ADG (Law & Order) was also abruptly and summarily replaced by the ECI a few days back. Deliberate transfers at the top echelons of the police administration on the instruction and at the behest of BJP, are having a serious destabilising impact on the state administration,” the TMC added.

In response, the commission termed the incident “unfortunate” and said it deserves to be probed. The poll panel added that the TMC’s memorandum was full of “insinuations” and “averments” that question the very basis of its creation and functioning. The BJP has also demanded an in-depth investigation.