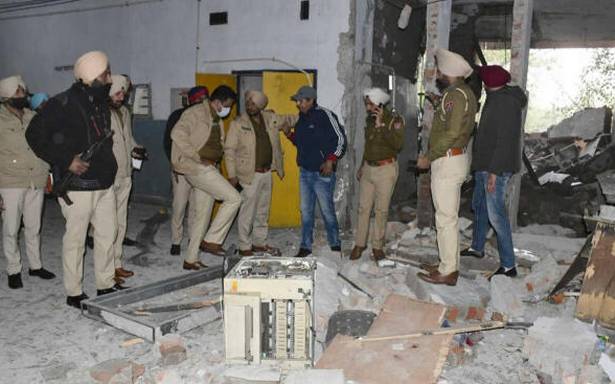 Jaswinder Singh Multani is reportedly affiliated to Sikhs For Justice, an organisation suspected to be behind the recent bomb blast

Based on intelligence inputs from India, German authorities have detained a person allegedly belonging to Sikhs For Justice (SFJ), an organisation suspected to be behind the recent bomb blast in Ludhiana, officials said on Tuesday.

The man, identified as Jaswinder Singh Multani, was detained in a city in Germany after intelligence inputs were shared with the authorities in Berlin highlighting his alleged role in planning terror attacks in India, the officials said.

Mr. Multani, against whom two FIRs have been registered in Punjab, was picked up and kept under detention and was being questioned on the inputs provided by Indian agencies to the authorities in Berlin through diplomatic channels.

Mr. Multani’s detention comes five days after a bomb blast occurred at the Ludhiana court complex, killing Gangandeep, a dismissed policeman who was allegedly planting the bomb, and injuring two others.

An extensive investigation is on to see the radicalisation of people in Punjab, which is being promoted from across the border in Pakistan by some of the so-called leaders of Khalistan.

Mr. Multani’s name came up earlier this year as well in connection with a plan to kill prominent farmer leader Balbir Singh Rajewal during the farmers’ stir on the outskirts of the national capital.

In January this year Haryana Police arrested a youth identified as Yogesh in Sonipat for allegedly hatching a plot to kill farmer leaders Rajewal, Baldev Singh Sirsa, Kuldeep Sandhu and Jagjeet Singh. Police also recovered pictures of these people from his mobile.

The arrested youth informed that he was in touch with Multani through messages and had been tasked to target some farmer leaders.

According to the officials, during the bomb blast probe, the police recovered evidence to show that the bomber was in touch with pro-Khalistani leaders in Pakistan and Gulf countries. Deciphering the evidence, the agencies were surprised to find out that Gangandeep was in constant touch with Mr. Multani and that the latter was instrumental in arranging for the explosive material for the blast. They said the chats on social media also indicated that more blasts were being planned by the group in Punjab and the rest of the country.