With five assembly seats in Manipur scheduled for bye-election on November 7, security has been beefed up in the state, especially in districts where the bypolls are due. 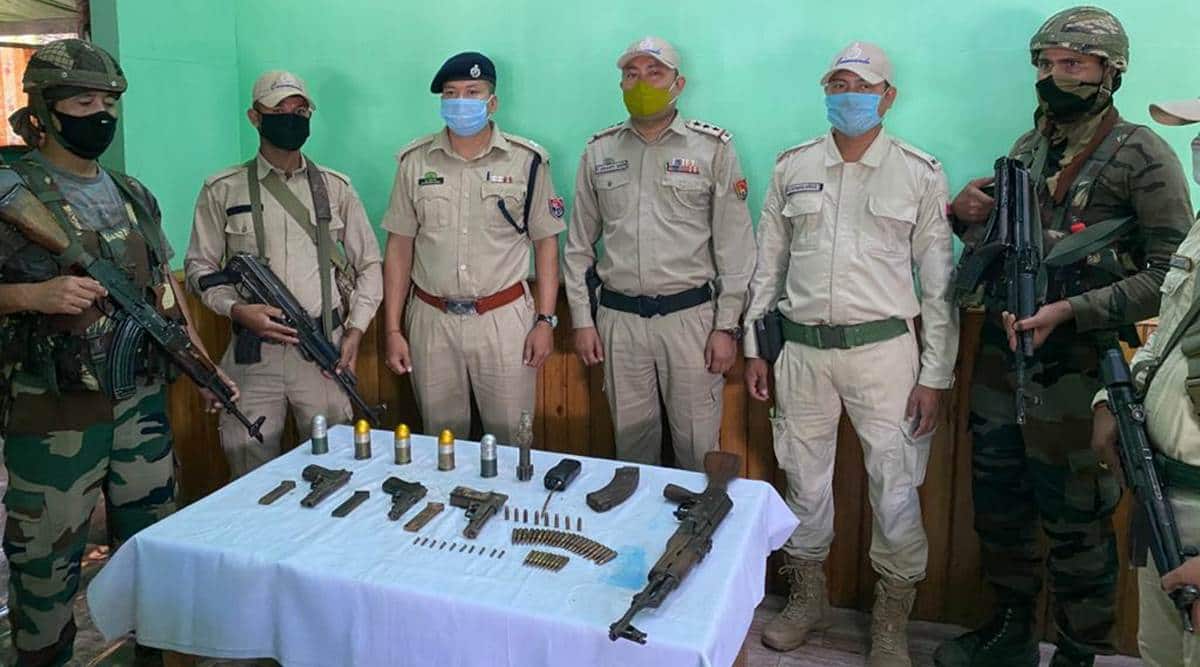 Security forces in Manipur recovered a cache of arms and ammunition in separate counter-insurgency operations conducted in the past few days, including along the Indo-Myanmar border.

With five assembly seats in Manipur scheduled for bye-election on November 7, security has been beefed up in the state, especially in districts where the bypolls are due.

In the first incident, Assam Rifles troops Thursday launched an operation along the Indo-Myanmar border in Tengnoupal district to stop infiltration of insurgents into from Myanmar. “Based on credible intelligence, on October 8, Assam Rifles troops launched an operation to apprehend insurgents infiltrating across the Indo-Myanmar Border. While approaching the border area, the troops detected suspicious movement of two individuals. Upon being challenged, the two suspected insurgents fled the area towards Myanmar,” a statement by Assam Rifles read.

Two country-made pistols with live ammunitions and Myanmarese currency were recovered during the operation, the statement added. The recovered items were handed over to Moreh Police Station, it said.

In another incident, a combined team of Assam Rifles and Manipur Police unearthed a large cache of weapons from Nambol Khathong area of Bishnupur district on Thursday. The joint operation was conducted based on input on the presence of a proscribed insurgent group in the area, sources said.