RJD’s Rajya Sabha MP Manoj Kumar Jha was one of the party’s key strategists for the Bihar Assembly polls. 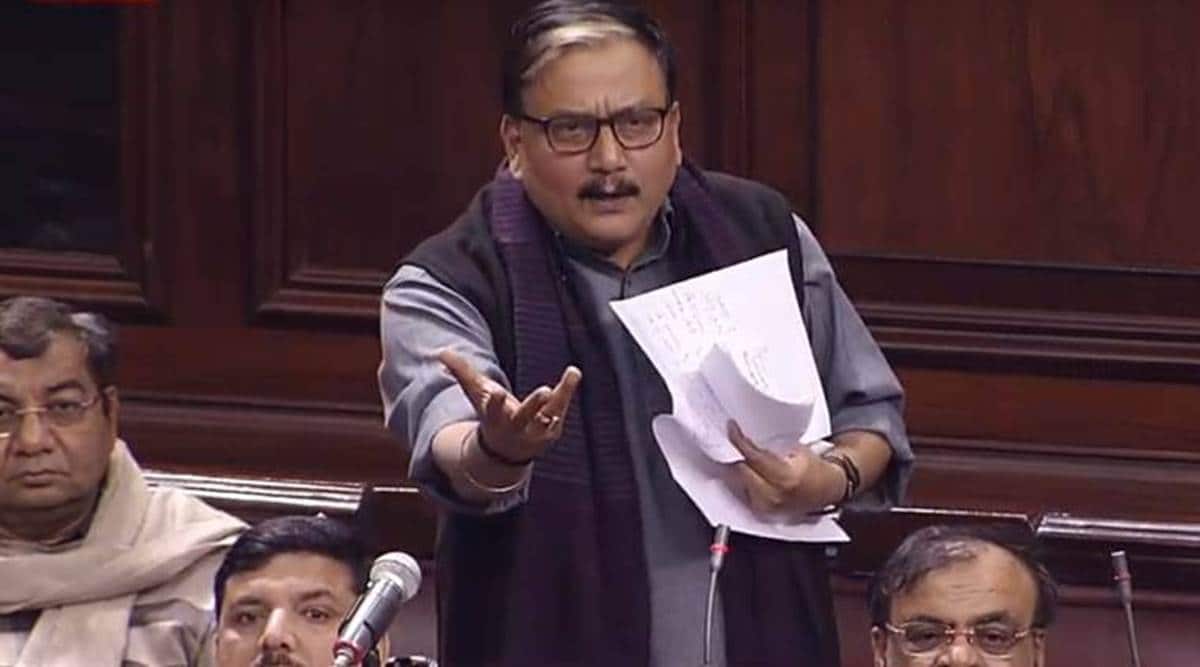 RJD’s Rajya Sabha MP Manoj Kumar Jha was one of the party’s key strategists for the Bihar Assembly polls and the voice of the party who addressed the media prior to and after the election. He speaks to Dipankar Ghose on the poll campaign, the results and the way forward.

After the counting day, RJD went to EC, alleging electoral malpractice. The party refused to attend the swearing-in too. Is this petulance or is RJD taking these allegations forward? Are you approaching court?

We would not have approached the Election Commission if we did not have substantial basis for raising concerns about the malpractices. We are very serious about these issues and in the process of collecting data and evidence from returning officers. Once we have completed our research, we will decide on a way forward.

You say there is a basis for going to the EC. There were narrow seats yes. But these fell both ways — to the NDA and to you. The data shows that there is only one seat, Hilsa, where the winning margin is smaller than the postal ballot count. What is the evidence of wrongdoing?

The evidence is scattered all over the public sphere. Our supporters who kept a keen eye on the delay in declaration of results as the day progressed have seen enough evidence. On what grounds were such a large number of postal ballots declared invalid?

Bihar has a long history of fierce electoral battles. You are a party that says you believe in democratic ethos. An election was fought, one side won, another lost, albeit narrowly. What democratic precedent did not attending the swearing-in set?

Democracy is not just a game of maths. When institutions are clearly shown to be abdicating procedural norms, our clear stand against it will go down in history as a remarkable moment of upholding democratic values.

Has the party done a post-mortem of the results, and apart from the close seats issues, what are the broad takeaways for you?

I think the analysis is going to take some more time as the differences in vote share and margins are very thin. Also, there are so many variables. We ran a clean campaign and connected very well with the people… Though they are never a reliable index, most exit polls favoured us. The broad takeaway for us is that people did repose their faith in us — we are still the largest party in the Assembly. Our loss has not so much to do with people’s lack of trust in us. There was a clear and palpable desire for change — it perhaps just did not translate into enough momentum required for electoral processes.

Your party colleague has attacked the Congress as a weak link, basically saying their leadership is not committed. They won 19 out of 70 seats. Is that a problem you too have identified?

Those are personal views of individuals. I think the alliance worked very well together, both on the level of ideas as well as the execution, and we had a lot going for us. The whole, as it is usually expected, did not turn out to be larger than the sum of its parts.

The numbers seem to suggest you did fairly well in the first two phases, but fell away very badly in the last phase, winning only 21 out of 78 seats, in an area of strength, including Seemanchal. What went wrong here? Was it “jungleraj” that caught on, the women voter in numbers, AIMIM?

Like I said, we are still analysing. One week is just not enough to discern the micro currents. But we are going for a thorough review and will hopefully have the answers in the coming few weeks.

You must be looking at the cabinet formation closely. Nitish Kumar is CM and there are two Deputy CMs, none of whom are Sushil Modi. How do you see this government functioning?

As much as one understands the workings of democracy, one is also keenly aware of the less than ideal situations it may throw up from time to time. This is one of them. Do people expect that the chief minister will have a free hand? Does he even have the moral authority to govern, given the poor mandate given to his party by the people of Bihar? We are entering a very difficult phase, much worse than what we have seen under Mr Kumar, as far as governance and social fabric of the state are concerned. Having said that, we are the opposition, a strong and responsible opposition. And we are going to discharge our duties well. We will be vigilant, we will be demanding, and we will hold this government to account.

There have been controversies on the cabinet too. Not a single Muslim representative. And a minister who stepped down following a corruption charge. How do you see this?

It is all very unfortunate. The hollowness of the so-called good governance promise/slogan stands exposed. Though it’s becoming more and more clear now, we have been calling attention to these aspects for quite some time now.

There has been criticism that the RJD may have conducted a good campaign, but was missing in action before it. In fact, many believe that if the party and its leaders were more visible during the Covid migrant crisis, or on the streets before, this could have taken you over the line. How is this RJD opposition, because in numbers you are a strong opposition?

Throughout the migrant crisis during the lockdown, it was the RJD rather than the Bihar government that was on the ground helping Bihari migrants stranded in different parts of India. Our leaders and our cadres worked tirelessly on the ground. We coordinated with various labour rights groups and citizens initiatives to the best possible level. Our politics is humanitarian, not just that of hollow optics. We have set the agenda and any government in Bihar for a long time to come will be judged against standards we have set in this election.

Specifically, what are the three things the RJD intends to do as opposition over the next five years?

Our political vision is for a just society in which citizens are gainfully employed and can provide for their families with dignity. Whether in power or in opposition we will continue to raise humanitarian and developmental concerns. We will not let the agenda deflect to empty rhetorics and slogans. And we will continue to directly dialogue with the people of Bihar, voicing their aspirations.

Lastly, with a fractured mandate, these are tenuous alliances. If you say Nitish Kumar is cornered, is there a road back to the Mahagathbandhan for him in the next five years?

Well, given Mr Kumar’s position it is an idea that may strike him sooner or later. Humour aside, we are very clear in our thinking. Mahagathbandhan has its own progressive agenda and we are committed to it and to each other. We will build on our strengths, rectify our shortcomings, and play the role of a robust opposition. With the betterment of Bihar at the heart of all that we do, let me say this: though the chief minister may find the going difficult, we are and will remain closer to people and firmly on the side of the people.