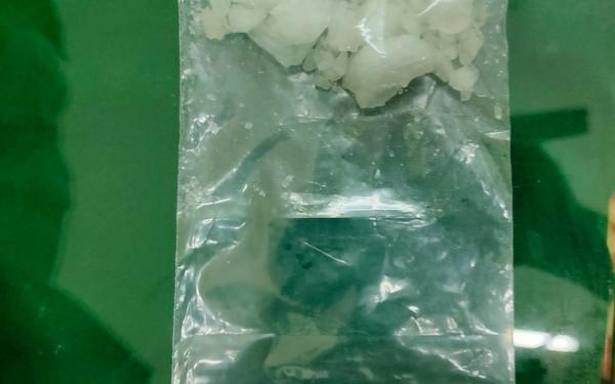 Reports of youngsters across the State consuming the drugs, peddling of which is rampant in Malappuram

The use of synthetic narcotic drugs or party drugs like methamphetamine and MDMA (methylened ioxy-methamphetamine) has increased noticeably in the State in the last couple of years.

Narcotic control authorities, including the Excise and the police wings, point out that more and more educated youngsters in the State are falling prey to the drug rackets. Many factors such as ignorance about the dangers of such drugs, ease of handling and carrying, avoidance of detection and misplaced notions of sexual satisfaction have been found to be driving youngsters into using synthetic drugs. The use is more in cities than in villages.

Codenamed as meth, ice, molly, ecstasy, crystal, and love doctor, the flow of party drugs has increased considerably into the State from tourist centres such as Goa and Bangalore. “Even parcel services are being cleverly used to transport these drugs,” said T. Anil Kumar, Assistant Excise Commissioner (Enforcement) at Malappuram.

The MDMA seizures made in recent weeks from different parts of the State, including Malappuram, has thrown light on the involvement of young professionals in the peddling of party drugs. Unlike the peddling of ganja and hashish oil, those involved in the use and peddling of synthetic drugs have invariably been found to be from educated, well-to-do families.

“Most of those found using these drugs were in the age group of 20-30 years. They were not fully aware of the actual dangers and consequences. Several of them were unaware of the dangerous fact they were in possession of a commercial quantity of drugs having potential to invite a heavy punishment,” said Mr. Anil Kumar.

Users find several advantages in synthetic drugs such as lack of smell and ease of carrying. Unlike ganja and other natural drugs that emanate a strong smell, drugs like MDMA and meth can be carried in one’s purse without being detected.

A large number of youngsters questioned in connection with the use and peddling of synthetic drugs in the State have been women, including college students in cities. They have been found obsessed about partying in dim-lit rooms with multi-coloured laser rays. Police said a good number of those using party drugs were from the field of cinema.

The party drugs were also found to be the villain behind some of the recent accidents that took place in the early hours of the day in the State. A recent car accident near Kollam in which one youngster was killed and three others badly injured was found to have occurred after a bout involving synthetic drugs.

Experts say the synthetic drugs alter one’s mood and perception, and produce feelings of increased energy, pleasure, emotional warmth. They also produce distorted sensory and time perception in the user. “It is this false perception that make them think that they could enjoy their life much more, including sex,” said Excise Inspector T. Rajeev. Several youngsters from Malappuram were found to have been involved in the wholesale business and transport of the synthetic drugs.

According to Excise Deputy Commissioner S. Unnikrishnan, the use of synthetic drugs was less in Malappuram district when compared to other cities in the State. “The reason could be the semi-rural or semi-urban nature of this district. The consumption may be less; but there are a good number of persons from Malappuram involved in the bulk dealing and transport of the drugs,” said Mr. Unnikrishnan.

Easy money without much effort and a callous attitude to the consequences are the main reason for youngsters being attracted to drugs peddling in Malappuram.