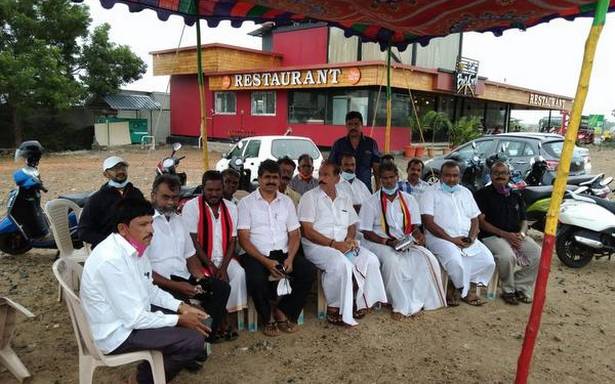 Wants the Central government to clarify its stand on the issue

The fast was organised after a media organisation reported on this move, Mr. Eswaran said and wanted the government to clarify its stand on the issue. When this was seen along with the Government identifying Union Minister of State for Fisheries L. Murugan as a person from “Kongu Nadu”, at the time of his swearing in, it only strengthened the suspicion that something was in the offing. The Government should deny the report in order to remove the suspicion in people’s mind, Mr. Eswaran said.

“Has there been any demand from people or political parties for a separate Kongu Nadu from this region, like the demand or protest held ahead of the formation of Telangana,” he asked. The Centre should not impose its will on the people, he said.

“If at all there is any move to bifurcate the State, it should be based on people’s demand,” the MDMK leader said.

Around 40 members of the Thanthai Periyar Dravidar Kazhagam staged a protest in front of the organisation’s office at Gandhipuram, burning copies of a Tamil daily in which the report appeared.

The organisation’s general secretary K. Ramakrishnan said the TPDK was strongly opposed to such a move and saw it as the BJP’s effort to strengthen the party by dividing the State.