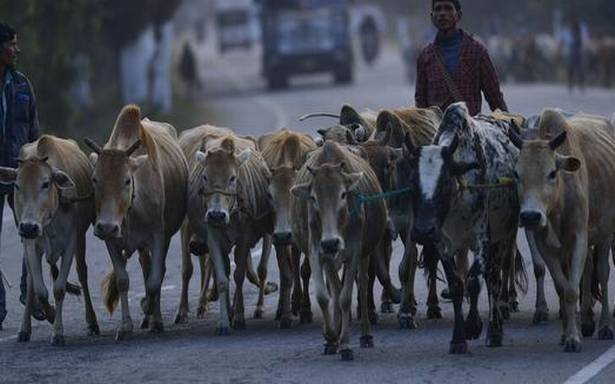 Restricting inter-State transport of cattle is against the Constitution of India, a youth body said

The Congress in Meghalaya has asked the Conrad K. Sangma government to come up with a law to counter Assam’s Cattle Protection Bill, 2021, which seeks to restrict the transport of bovine creatures within and through the State.

Beef is part of the diet in some Christian-majority north-eastern States, primarily Meghalaya, Mizoram and Nagaland. Geography makes these States depend on the transportation of most food items through Assam, the gateway to the rest of the country.

“We should have our own law to protect the interest of most of our people, the right to have access to high-protein red meat in this case. We respect the religious sentiments of all political parties and of citizens across the nation, but this [beef] is a part of our life and we cannot let another State disrupt our food habit,” senior Congress MLA and former Minister Ampareen Lyngdoh said.

“If Assam is allowed to restrict the transportation of cattle, it could encourage them to regulate the supply or prohibit other food items and goods, which can greatly impact livelihoods and economy of Meghalaya,” he said.

Apart from restricting the transportation of cows and buffaloes, the Bill seeks to ban the sale of beef within a 5-km radius of any temple or religious institution of communities that do not consume beef.