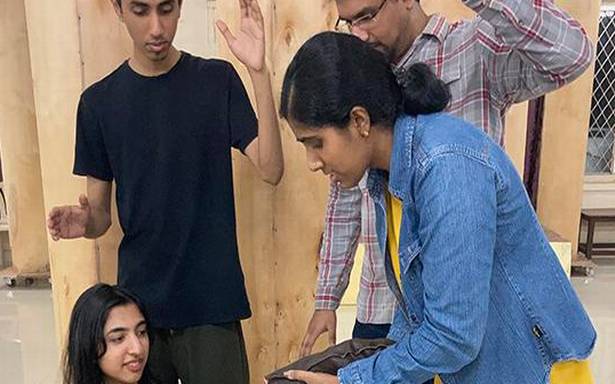 Titled The First Christmas, it is an original production by Michael Muthu

Drumroll please! The annual Mellow Circle Christmas play for a cause is back, after a pandemic-induced gap last year. While 2020 saw the production in the form of a movie, shot at 18 different locations, 2021 sees it return to the stage.

It took Michael Muthu six days and 54 A4 sheets to come up with this year’s original play, titled The First Christmas. “I have done two edits so far, and now I am going to be merciless and edit the play further,” he says in between rehearsals.

After doing plays for the Mellow Circle for 22 years now, Michael wanted to move away from the play’s well-loved Santa Claus and Christmas miracle formula. “This time it is darker.” he says, adding, “I wanted to do a story which explains why Christ was born, his journey from Nazareth to Bethlehem, and what the circumstances were.”

The script is based on events in the Bible. But, this story is from Herod’s point of view. “Herod the Great did not want to lose his throne. So insecure was he that he killed his wife, brother, mother-in-law, and two sons. When he heard about the birth of the true king of the Jews who would take over the throne, he ordered the slaughter of all the children in Bethlehem. But Christ is saved. While Herod dies of gangrene,” says Michael.

“I have introduced characters like Rachel and Barnabas to show how families were affected by the slaughter,” he adds. There are seven songs in the play, of which three are originals, written by Michael.

The two-hour long play has a 32 member cast and 30 choristers. Yohan Chacko plays the role of the wicked Herod, a king going mad, whose main opponent is God, says Michael.

The First Christmas will be staged at the Sir Mutha Venkatasubba Rao Concert Hall on Sunday, November 28 at 7pm. The show is in aid of Prathyasha, the Home of Hope that Mellow Circle runs for children with HIV.