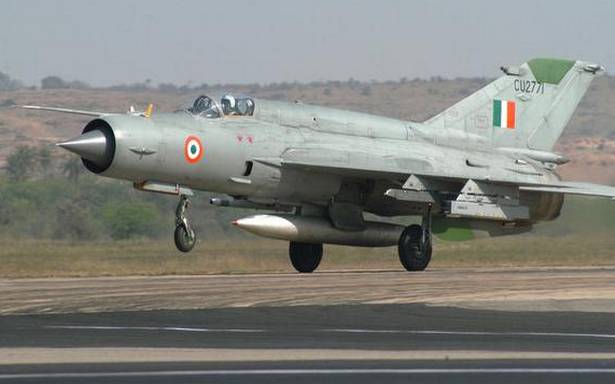 An inquiry is being ordered, the IAF added.

A MIG-21 Bison fighter jet of the Indian Air Force (IAF) crashed in Jaisalmar, Rajasthan late on Friday evening. The pilot Wing Commander Harshit Sinha was killed in the accident.

“This evening, around 8:30 pm, a MiG-21 aircraft of IAF met with a flying accident in the western sector during a training sortie,” the IAF said on social media. “With deep sorrow, IAF conveys the sad demise of Wg Cdr Harshit Sinha in the flying accident this evening and stands firmly with the family of the braveheart,” it stated.

An inquiry is being ordered, the IAF added.

The MIG-21 Bison is the only variant of the MIG-21 in service with the IAF. The last four MIG-21 squadrons would be phased out in the next four years.