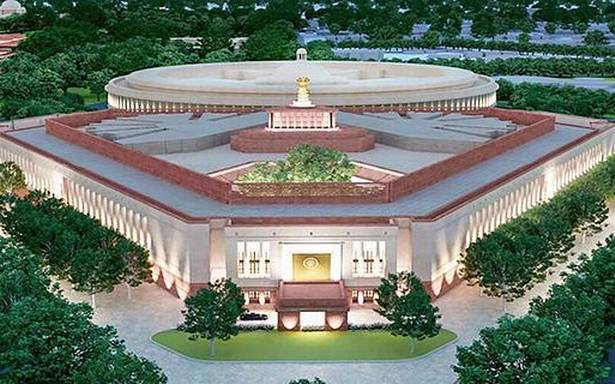 The Housing and Urban Affairs Ministry will launch a “restructured” second round of its design competition for the “iconic structure” to commemorate 75 years of Independence, after the first round entries failed to make the cut, the top Ministry official said on Thursday.

The HUA Ministry’s Central Public Works Department had launched the competition in November 2020 and the results were to be announced by the end of December. However, the deadline has been pushed several times since. The structure, which can be a tower or sculpture but not a building to be inhabited, will be built at the proposed New India Garden on the banks of the Yamuna as a notional extension of the Central Vista, according to the CPWD’s plan.

HUA Secretary Durga Shankar Mishra told The Hindu that 126 entries had been received for the competition, which was open to Indian citizens and organisations. While there were some good entries, the project was “more ambitious”. He said a restructured competition would be announced by May-end or June, after examinations at design and architecture colleges are completed as students and faculty are expected to participate.

The project, including the structure of a maximum height of 134 metres and the garden, was earlier expected to be completed by August 15, 2022. However, Mr. Mishra said it would be completed during the time frame of the larger Central Vista redevelopment project, which has a deadline of 2026.

While announcing the competition, the CPWD had said the iconic structure should be built to last, like the Iron Pillar at Qutub Minar complex, and would be a landmark of Delhi, like the India Gate.