Only three players, Nagal (men’s singles) and the women’s doubles pair of Sania Mirza and Ankita Raina will don India colours at the tennis events in Tokyo. 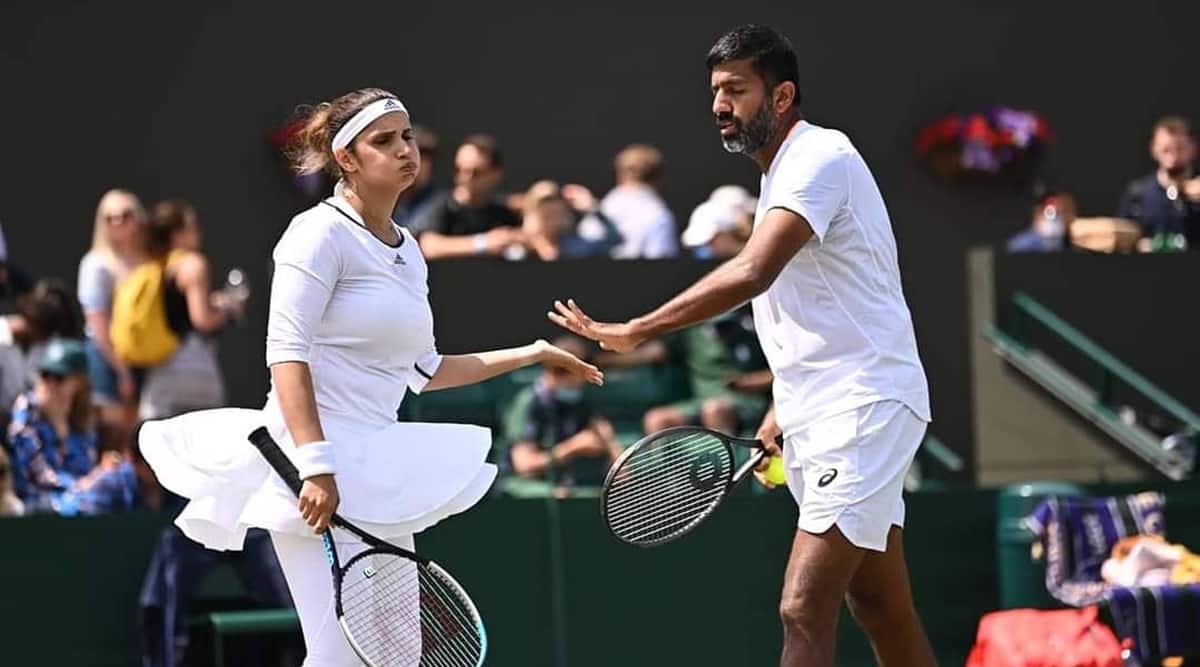 The Indian Olympic contingent has started checking into the Olympic village in Tokyo. At the same time in Bangalore, Rohan Bopanna is being told by the All India Tennis Association (AITA) that there is still hope for him to make the Olympic cut. The International Tennis Federation (ITF), however, has made it clear that there is no chance whatsoever.

“(ITF) is updating us as and when there are withdrawals. Today should be the last day, they can still reach,” AITA general secretary Anil Dhupar told The Indian Express on Monday. “For Rohan, we’ve already got his accreditation, he only has to fly. We’re just waiting for the ITF to say that he’s qualified.”

The ITF however was clear in their stance.

“I can confirm that 16 July was the last date on which new players could be brought into the event. Up until 16 July, changes could only be made to a doubles nomination through injury or illness,” the ITF communications team said to this newspaper via email on Monday.

In other words, no men’s team could qualify after July 16, and it was not possible for the AITA to change the men’s doubles nomination of Bopanna and Divij Sharan (the top two men’s doubles players) to Bopanna and Sumit Nagal, as the national association had attempted to do.

Only three players, Nagal (men’s singles) and the women’s doubles pair of Sania Mirza and Ankita Raina will don India colours at the tennis events in Tokyo. Yet what was supposed to be a rather straightforward selection process has turned into another murky affair – as has become synonymous with Indian tennis and any team event.

“For some reason I thought at least this time the Olympics will be smooth without any controversy,” Bopanna says.

Olympic qualification in doubles is based on rankings. Players with a doubles top 10 rank are given direct entries with any compatriot of their choice (provided the partner is ranked in the top 300). For players ranked beyond that, a combined ranking was taken into consideration based on the listings updated on June 14. A team could make the cut if the combined ranking fit in the doubles draw of 32 teams. Bopanna and Sharan, both TOPS supported athletes and the country’s top two doubles players’ combined ranking was 113 (Bopanna, 38, Sharan, 75), which was low and would have made qualification difficult.

When Sumit Nagal (ranked 144 on June 14) made the cut in the singles event after a series of withdrawals from higher ranked players, the AITA decided to change the nomination from Bopanna-Sharan to Bopanna-Nagal, hoping that the youngster already making the singles draw might make a difference.

“On July 16, (Dhupar) called and told me that since Sumit got in through his singles ranking, AITA sent my entry with him to the ITF after withdrawing Divij,” Bopanna says. “Divij hasn’t withdrawn, the AITA withdrew him.”

“(On Sunday) I sent an email (to the ITF), and the reply clearly said that ‘a change can only happen if a player is injured or due to illness… we are unable to change your doubles nominated pairing with Divij Sharan.’ No changes were allowed after the nomination deadline unless there was an injury or illness to one player.

“So it was never me and Sumit at all. My question is, why is the AITA trying to say that they entered me with Sumit. I don’t understand why they’re going out and telling the entire country that there was a chance for Sumit and me to get in. There was never a chance.”

Bopanna further adds that AITA mentioned that he and Sharan were fourth on the waitlist, but after the national body changed the nomination, it didn’t improve their standing on the list.

Bopanna vented his anger on social media, backed by Mirza, to which AITA issued a statement.

“… when Sumit Nagal got a chance in singles, we saw a possibility, since singles players were also being considered, of Sumit being able to partner with Rohan. We asked ITF whether the entry of Sumit Nagal will suffice to pair with Rohan Bopanna for an entry into Men’s doubles,” a part of the statement read.

“ITF informed us that this cannot be done at this stage because of various reasons and rules. Even if it is done, the pair would still not qualify.”

The ITF has made it clear, while the AITA, and Bopanna because of them, are still waiting and hoping.

In reality, be it the AITA misunderstanding qualification procedures or not, Bopanna and Sharan’s rankings were simply not good enough to ensure a men’s doubles team competed at the Olympics this year – a streak that started in 1988.