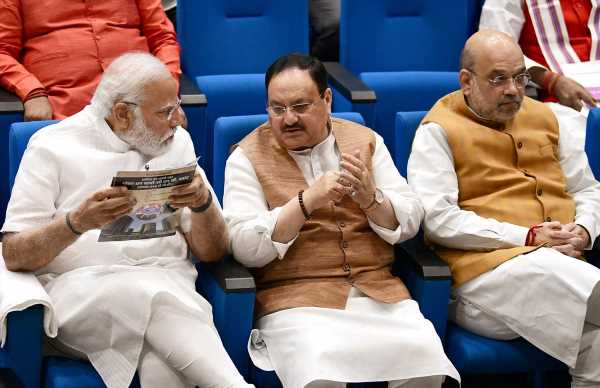 ‘This kind of poisonous and anti-national activities happening in the country and the economic failure of the Modi government may boomerang in the form of a Congress revival.’ “When Narendra Modi and the BJP talk about Congress-mukt Bharat, what they mean is, democracy-mukt Bharat. When they say Congress mukt, it is a call for autocracy. It is an invitation for disaster, and that cannot or should not happen in the country,” former Union minister M Veerappa Moily tells Rediff.com‘s Shobha Warrier in the concluding segment of a two-part interview.

After the BJP’s spectacular victories in the recent assembly elections, some Opposition leaders said it was impossible to defeat Narendra Modi. Do you think Modi cannot be defeated?

Modi can be defeated.

The Indian National Congress has the heritage and ability to do it.

Of course, we must have had some setbacks in recent times. That does not mean that Congress will remain this way all the time.

Yes, it has to revive ourselves in a big way. And any time, the revival can happen.

This kind of poisonous and anti-national activities happening in the country and the economic failure of the Modi government may boomerang in the form of a Congress revival.

But it has not been happening and the BJP is becoming stronger and stronger. Last year, you yourself said the Congress needed major surgery. After the recent assembly elections, it appears that the Congress is on its deathbed.

No, the Congress can never be on its deathbed. The major surgery can be done at any time.

Soniaji is seriously thinking of a revival. She will do anything to bring back the Congress.

It shows the will power is re-surfacing in the Congress party again. It doesn’t require much time for a revival. 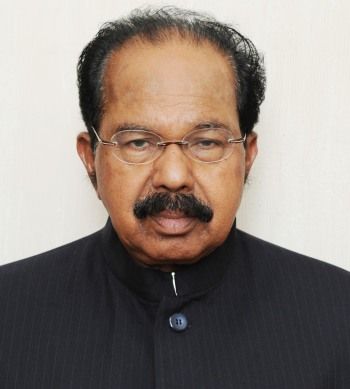 It is quite evident from all the election results that the Gandhi family has not been able to win elections anymore… Do you think the party needs a change in the leadership?

Believe me, it doesn’t require much time for the Congress to rise again and defeat the BJP.

If at all the BJP and its forces can be defeated, it can be done only under the leadership of the Congress and no other party because the others are all regional parties.

So, it is only a question of reviving that manpower. Don’t you think the party needs a strong leader to achieve that?

See, Soniaji has given very strong leadership in the past.

Don’t you remember UPA 1 and 2 were led by her and ultimately brought back to power by her? That kind of situation can emerge again. And she has the strongest willpower to do so.

She has come back with full strength, and there is manpower available at her call.

So, do you feel only Sonia Gandhi can lead the party to power and not Rahul Gandhi?

I know Sonia Gandhi can. I know she has the willpower. She is a great statesman. She has compassion and empathy, and people trust her.

Somehow, the entire manpower and the leaders in the Congress are idle somewhere and if she ignites them, the Congress will come back, immediately. I don’t think it will take years for that to happen.

Then, the leaders within the Congress will get united, and once they are united, it will become a formidable force to fight the BJP.

What is lacking in Rahul Gandhi’s leadership?

I am not here to rate any leader. We are one under Sonia Gandhi’s leadership and she has given a call that she will do anything for the revival of the Congress.

It is enough and the rank and file of the country are also inspired by her leadership.

Sonia Gandhi is the spark, and she can ignite the party. The G23 was dissatisfied with the way the Congress leadership was functioning. Is it because Sonia Gandhi has now taken charge that they have fallen silent?

That means the hopes of revival has started. See, I was also one of the signatories of G23! I had always maintained that I was not for leadership change, but for revamping the party altogether.

What Soniaji has to do now is, she should deploy the forces, and give work to them. And once work is given back to their hands, they will again be recharged.

That is the kind of spark they need and from there, they will take off.

Once the revival of the Congress is complete under the leadership of Sonia Gandhi, all the other Opposition parties will come together. Didn’t you see that under the UPA?

There is no doubt that we still have very strong regional parties and they need further support from a national party like the Indian National Congress.

The BJP talks about the idea of one nation, one culture…

It is equivalent to talking about one nation, one dictator.

India is a union of states. There cannot be a unitary government.

Ours is not a unitary democracy, it is a federal democracy where every state, every language, and every culture is respected.

Each state has its own language and that’s why the re-organisation of states took place after Independence on the basis of language.

And this concept cannot be demolished just because Modi has come to power. The concept propagated by Narendra Modi is not suitable for a country like India.

Modi as a national political entity was born just seven years back, but the decentralisation process started years back.

When Narendra Modi and the BJP talk about Congress-mukt Bharat, what they mean is, democracy-mukt Bharat.

When they say Congress mukt, it is a call for autocracy. It is an invitation for disaster, and that cannot or should not happen in the country.