Modi’s address from New Delhi was telecast on LED screens in Kolkata, Birbhum, Malda, Murshidabad and West Burdwan districts where polling will be held in the final two phases on April 26 and 29. 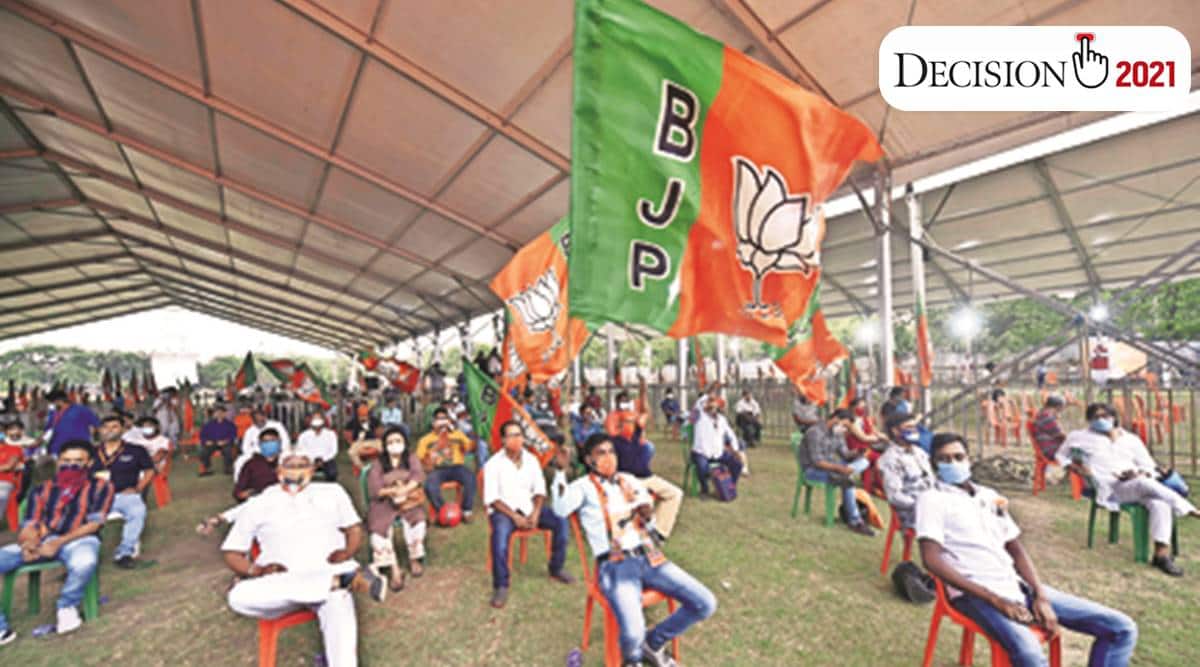 A day after cancelling his four rallies for the Assembly polls in view of rising Covid cases in West Bengal, Prime Minister Narendra Modi on Friday virtually addressed BJP supporters, and wrapped up his poll campaign by stressing that people from every walk of life were yearning for change in the state.

“People in West Bengal are yearning for a change. This is not just for a change in the government. Be it villages or cities, people are yearning for a better life, better education, better employment and better option. They want a government where every department works honestly and carries out its duty. It should be free of discrimination and full of harmony,” he said, promising “asol poriborton” if the BJP came to power. Unlike his previous rallies, Modi avoided personal attacks on Chief Minister Mamata Banerjee.

Modi’s address from New Delhi was telecast on LED screens in Kolkata, Birbhum, Malda, Murshidabad and West Burdwan districts where polling will be held in the final two phases on April 26 and 29.

Without naming Banerjee or TMC, the prime minister targeted the state government over allegations of illegal immigration, syndicates, corruption and extortion. He also promised to transform Kolkata, called the City of Joy, into the city of the future and said the focus of the new government would be on employment generation and bringing in foreign investment.

Modi cancelled his visit to the state and chose to address just one public meeting online at the Shaheed Minar ground in Kolkata. He said, “This is my last election rally for Bengal. Two phases of election have remained. I will urge you to come out for voting to make the change. Adhere to all safety guidelines and wear masks. Let us remain united to fight this present crisis.

After the TMC, the BJP Friday promised to provide free Covid-19 vaccines in West Bengal if voted to power. “As soon as the BJP government comes to power in West Bengal, COVID-19 vaccine will be provided free of cost to everyone,” tweeted the BJP. CM Mamata Banerjee had Thursday said that all above 18 years would be vaccinated free from May 5 if she returned to power. (Express News Service)

The Calcutta High Court on Friday said no department or institution of governance could excuse itself from obeying the commands of the Election Commission of India (ECI). The court made the comment after the EC submitted an affidavit, a day after the poll panel was censured by the high court for not doing enough to ensure parties follow Covid-19 guidelines. “Any restrictive governance imposed by the EC as regards public behaviour as regards the protective protocol in relation to Covid management shall be strictly followed and abided by the people.” the HC said. (Express News Service)