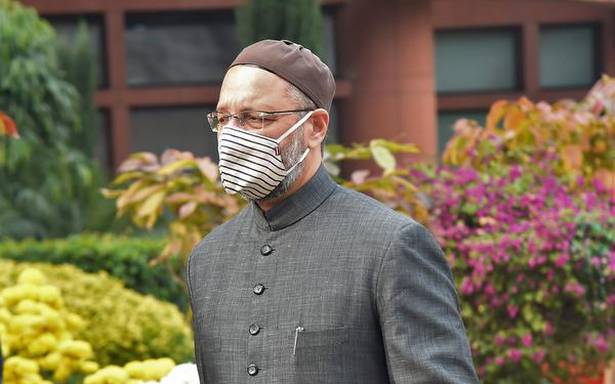 AIMIM chief Asaduddin Owaisi on Wednesday said Prime Minister Narendra Modi’s brainchild initiative of demonetisation has become a "failure" as evident in seizure of a huge pile of cash from a businessman’s residence in Uttar Pradesh.

"You should ask the Prime Minister as to how so much of cash was found despite the demonetisation (of bigger notes in 2016). Pradhan Mantriji, demonetization has become a failure," he told reporters in Hyderabad.

Also Read: There was no scent of scam, say U.P. perfumer’s neighbours

In multiple raids by the Income Tax department and the Central Board of Indirect Taxes and Customs recently, around ₹257 crore in cash, 25 kg of gold and 250 kg of silver were seized from perfume trader Piyush Jain’s house in Kanpur, as well as from his house and factory in Kannauj in U.P.

Mr. Owaisi demanded that the government clearly state as to who the money belongs to.

"The fragrance (of cash seizure) is spreading across the world," he added.

He demanded that the Prime Minister accept that demonetization was a failure as only poor people and small scale industries have suffered.

"I am appealing to the Prime Minister that you should accept on record that demonetisation is a failure" he said.