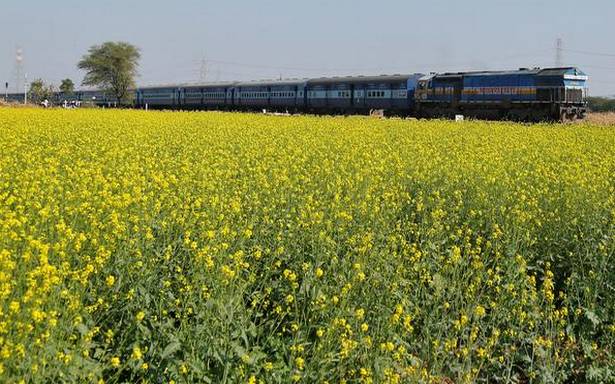 The lull in the monsoon post June 23 has resulted in a 32% rainfall deficit during that period, and is likely to push farmers into changing their kharif crop patterns, according to an analysis by CRISIL research issued on Monday. Especially in northwest and central India, which are seeing rainfall deficits as high as 55%, farmers may be forced to move from oilseeds such as soybean and groundnut to crops which have lower water requirements, such as cotton and maize.

Overall, sowing was slower than last year, with the total sown acreage lagging behind 12%.

The southwest monsoon arrived in the country on June 3 this year, and had covered almost 93% of kharif acreage by June 23, a week before its usual onset. Until that point, there had been 28% surplus rainfall. After that point though, the monsoon played truant, resulting in a 32% deficit compared with the long period average, between June 23 and July 12.

The highest deficit of 55% was in the northwest region, with Punjab and Haryana recording 70% and 80% deficits respectively. However, CRISIL noted that this may not have too much of an impact on sowing as these States have high levels of irrigation. It’s a different story in Rajasthan, which saw a 58% deficit during that period. “If not recovered within the next 10 days, [this] may effectuate a shift from soybean to maize in key deficit areas,” said the report.

Central India saw a 39% rainfall deficit, with Gujarat hit particularly hard. “A continued dry spell in the State this marketing year could effectuate a major crop shift from groundnut to cotton,” said CRISIL. By July 16, Maharashtra’s total kharif acreage was down 11% in comparison to the previous year, and farmers may shift from soybean to cotton if the rainfall deficit does not recover. Similarly, Karnataka farmers, facing a 37% deficit during this period, are likely to opt for cotton and maize.

Rice is the major kharif season crop, especially in the east and north-east of India, which saw 23% deficit during that period. However, as the sowing window for paddy remains open for another month, there is unlikely to be any major impact on this crop, CRISIL said.