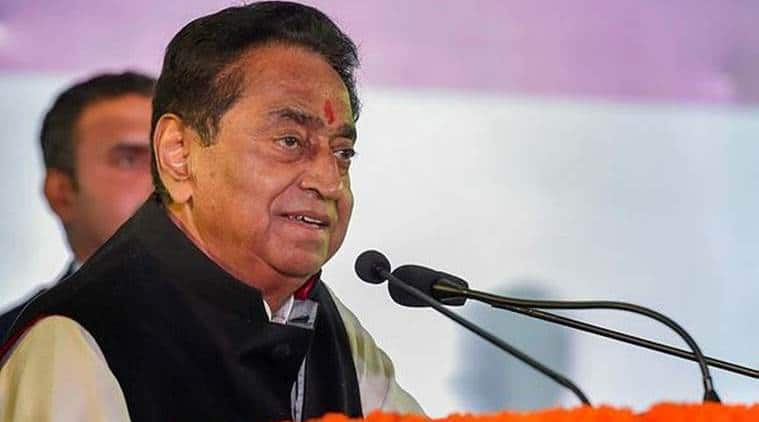 A day after the BJP demanded a special session of the Madhya Pradesh Assembly to discuss important issues, Chief Minister Kamal Nath on Tuesday alleged that more than 10 legislators had been offered money and posts by the Opposition party.

Without naming the legislators, the Chief Minister said that he had faith in Congress MLAs and legislators supporting the government. “Let there be a floor test. We are not bothered because we enjoy majority and have proved it before,” he told reporters at the PCC office.

Nath said the legislators were offered an amount ranging from Rs 10 to Rs 25 crore each by the Opposition party. The Congress leader also dismissed the exit polls as “entertainment polls”.

Leader of Opposition Gopal Bhargav had on Monday written a letter to the Governor requesting her to direct the Chief Minister to call a special session to discuss important issues like water shortage and deteriorating law and order situation. He also said the party could demand a floor test once the discussion was over.

Nath wrote to Bhargav on Tuesday giving details of the steps taken by his government to address problems faced by the people. He said the Congress government was sworn in on December 17 and fulfilled 85 promises made in the party’s manifesto within 73 days before the model code of conduct kicked in.

“Though you left empty coffers, we waived loans of 21 lakh farmers,” the letter said, adding the government has continued schemes launched under the previous government. Accusing the BJP of misleading farmers on procurement and payment, Nath said that more than 68 lakh tonnes of wheat, chana, lentil and mustard have been procured so far and farmers paid within seven days.

Pointing to deficient rains for drinking water shortage, the Chief Minister said more money has been allocated for providing drinking water in rural and urban areas. Denying the charge that the law and order situation had deteriorated in the state, Nath said the general election was conducted peacefully and the administration acted quickly in cases of crime.

“It’s clear that your letter was not based on facts but conjectures and imagination,” the Chief Minister said, adding that his government was ready to discuss issues related to welfare of people.

Meanwhile, the BJP slammed the Congress government for arresting Bunti Sahu, who contested against Kamal Nath in the Assembly by-election from Chhindwara, and 21 poll agents in an old case. The BJP alleged that false cases were lodged against BJP workers and they were arrested two days before the day of counting so that the Congress could have its way.

Calling it an attack on democracy, the BJP approached the Election Commission and sought its intervention. Alleging that the Congress wants to keep BJP poll agents away from the counting centre, the BJP has demanded immediate release of Sahu and others, warning the government of consequences.

The CM’s media coordinator Narender Saluja claimed Sahu and others had surrendered before the police on Tuesday. He said BJP workers were booked for violation of code of conduct after they gheraoed the Kotwali police station. They were booked under Section 188 and were granted bail immediately after arrest. He said the allegation that they were arrested to stop them from participating as poll agents was baseless.