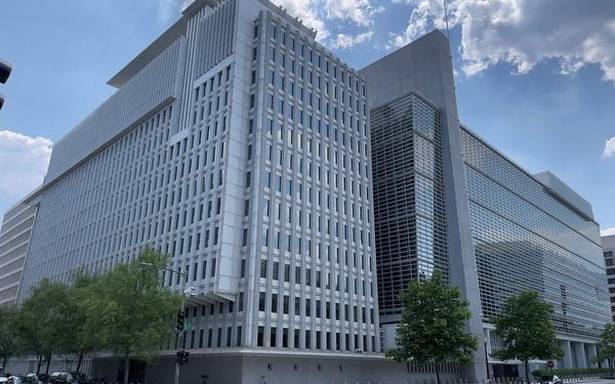 The high price of COVID-19 vaccines at private hospitals is “unacceptable”, and the revised vaccination policy will see reductions, said V.K. Paul, Chairman of the National Expert Group on Vaccine Administration for COVID-19.

The growth rate forecasted for India for 2021-22, the World Bank is an upward revision from its January forecast of 5.4%. However, this revision “masks significant expected economic damage from an enormous second COVID-19 wave and localized mobility restrictions since March 2021,” the report says.

Education Ministry lays down norms for content for disabled children

The guidelines, released by Education Minister Ramesh Pokhriyal Nishank on Tuesday, are based on four guiding principles, stipulating that all resources must be perceivable, operable, understandable and robust for disabled students.

Rift in Bengal BJP out in open as it targets Trinamool

A month after the Assembly polls and after the massive victory of the Trinamool Congress, the rift in the West Bengal unit of the BJP is out in the open with leaders speaking in different voices on crucial issues including Article 356.

China’s Foreign Ministry on Monday said the idea behind the statement was to forge a common understanding among the BRICS countries when there were “so many different interpretations and definitions of multilateralism in the world”.

The U.S. has initiated a program to give 80 million of its excess vaccines – mostly from AstraZeneca – to countries in need of them, by the end of June and more as they become available beyond June.

Pavlyuchenkova came out on top of an other tense battle to rally past her doubles partner Elena Rybakina 6-7 (2), 6-2, 9-7. The 31st-seeded Russian had lost at this stage 10 years ago at Roland Garros and was 0-6 in Grand Slam quarterfinals before taking to the court.

Ankita to partner Sania at the Olympics

The country’s top-ranked woman player, Ankita Raina, went on Instagram to announce that she would be competing in the Tokyo Olympics doubles event with six-time Grand Slam champion Sania Mirza.

The four foreign player rule is in accordance with the Asian Football Confederation’s (AFC) club competition regulations. Clubs can sign a maximum of 6 foreign players of which one is required to be from an AFC member nation.