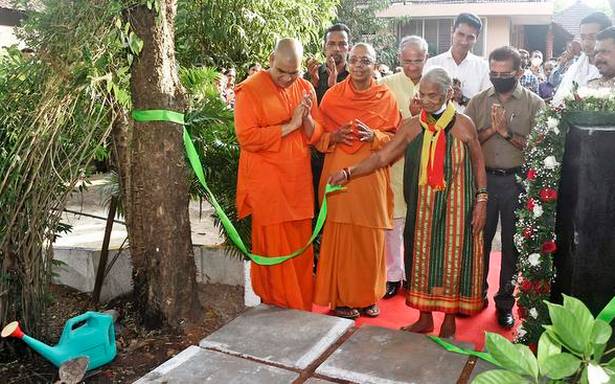 Mangaluru Urban Development Authority has planned to increase green cover in the city to 33% in the next 18 months, said MUDA Chairman Ravishankar Mijar here on Saturday.

Speaking at the inauguration of Vivekananda Vrukshalaya on the Ramakrishna Mutt premises here, Mr. Mijar said that the city at present has green cover of 23%. “By the end of my term in another 18 months, we have planned to add 10% green cover and take it to the national average of 33%,” he said.

Mr. Mijar said that in another 15 days the authority will start greening the median between Lady Hill Circle and Kottara Chowki. MUDA has expressed willingness to take up development of Kadri Park, Deer Park and the Skating Rink, which will increase footfall in these three main lung spaces in the city. It has proposed to Mangaluru Smart City Limited to increase green cover in eight wards of the city, he said.

Range Forest Officer Prashant Pai said that the department has identified 52 vacant spaces in the city where greening can be taken up.

In her short speech, Ms. Gowda, who belongs to the Halakki tribe, said that she has planted over a lakh tree saplings in forest and residential areas. She was not in a position now to plant saplings in that scale.