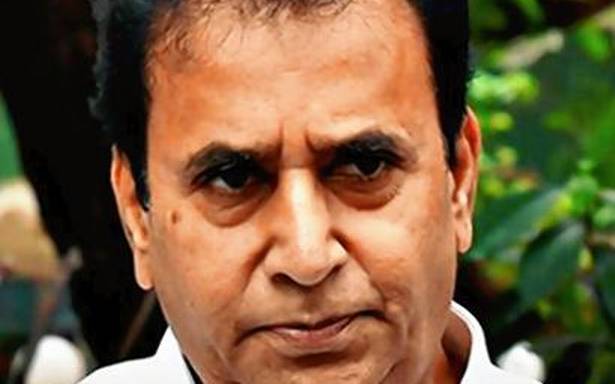 A magistrate court on Friday issued process (summons) against former Maharashtra Home Minister Anil Deshmukh for not appearing before the Enforcement Directorate (ED) despite it issuing five summonses to him.

The issuance of process is done first to summon the accused and then as a non-bailable warrant. The process issued against Mr. Deshmukh is returnable on November 16, seeking his presence before the court.

The Additional Chief Metropolitan Magistrate said considering that the summonses issued by the ED were received either by the daughter or advocate of the accused (Mr. Deshmukh), prima facie a case is made out.

The court was hearing an application by the ED seeking action against Mr. Deshmukh for not appearing before the Central agency despite five summonses. The court issued process against Mr. Deskmukh under Section 174 (non-attendance in obedience to an order from public servant) of the Indian Penal Code.

On September 2, Mr. Deshmukh had moved the High Court to quash all the summonses issued by the ED in the money laundering case against him.

On April 21, the Central Bureau of Investigation registered an FIR against him under Sections 120 B (criminal conspiracy) of the Indian Penal Code and Section 7 (public servant taking gratification other than legal remuneration in respect of an official act) of the Prevention of Corruption Act.

Soon thereafter, the ED stepped in and subsequently issued five summonses against the Nationalist Congress Party leader to appear for questioning. However, Mr. Deshmukh did not appear before the ED and said he would be seeking appropriate remedy under the law.

He was also denied relief by the Supreme Court, where he urged protection from arrest. The case dates back to March 2021, when former Mumbai Police Commissioner Param Bir Singh wrote a letter to Chief Minister Uddhav Thackeray alleging instances of corruption against Mr. Deshmukh.