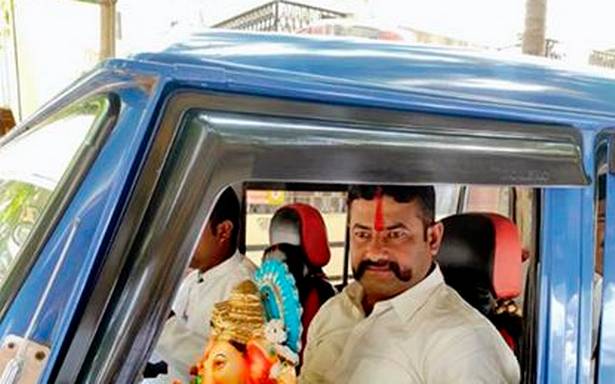 He carried out rituals and installed Ganesha idol at police station

In a city that has witnessed cases of communal violence, a Muslim inspector has set another example of communal harmony. Jakeer Pasha Mohammed Sab Kalimirchi, inspector of Gokul Road Police Station, personally carried the Ganesha idol to the police station for installation.

On Friday, Mr. Kalimirchi donned traditional clothes and ‘tilak’ on his forehead carried out all the rituals. Being an ardent follower of Basaveshwara, he believed in poet Kuvempu’s message ‘Vishwa Manava’. “As a Muslim, I follow my religion and I respect all other religions,” he said. Mr. Kalimirchi has always celebrated Ganesh Chaturthi wherever he has been posted.