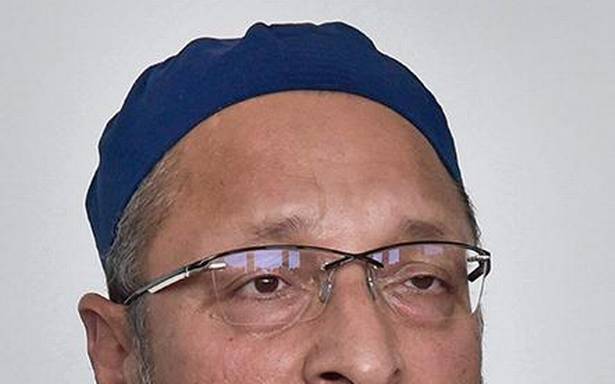 However, A to Z alliance will work, the AIMIM chief says.

The M-Y combination — a reference to coming together of Muslim and Yadav voters for a common party — will not work in Uttar Pradesh, All India Maljis-e-Ithehadul Muslimeen (AIMIM) president Asaduddin Owaisi stated on Thursday.

“Keep this in mind, M-Y combination won’t work in Uttar Pradesh, A to Z alliance will work,” Mr. Owaisi told reporters in Lucknow before leaving for Bahraich to inaugurate an office for his party ahead of the 2022 Assembly polls.

Bahraich is a communally-sensitive district near the Indo-Nepal border.

Om Prakash Rajbhar, president of the Suheldev Bharatiya Samaj Party, accompanied Mr. Owaisi in Lucknow. The two had earlier announced they would contest the 2022 Assembly elections together along with several other smaller parties, most of them OBC-based, under the banner of the Bhagidari Sankalp Morcha.

Mr. Owaisi’s reference to the M-Y combination is seen as a message to the Samajwadi Party, which relies heavily on the two communities for votes in the State.

Through the Bhagidari Sankalp Morcha, Mr. Rajbhar and Mr. Owaisi have presented their alliance as an alternative to non-BJP voters.

However, the morcha said it was open to have an alliance with all other non-BJP parties.

Mr. Rajbhar, a former BJP ally who was sacked as Cabinet Minister after he rebelled before the 2019 Lok Sabha election, said the parties under the Morcha were working on seats on which they were strong.

The seat allocation among the alliance partners, however, was not done yet, he said.