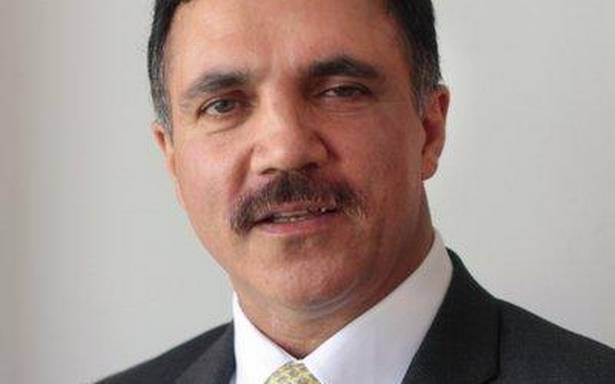 Former Managing Director and Chairman of the J&K Bank Parvez Ahmed Nengroo, who was removed unceremoniously from the bank’s top post 21 months ago during the Governor’s rule, said the move to raid the bank and remove him was “politically motivated and tarnished his reputation for no reason or rhyme”.

In an exclusive interview to The Hindu on Monday, Mr. Nengroo broke his 21-month silence on the charges of illegal appointments, kicks-backs and helping his “relatives” during his tenure. These charges were levelled against him by the Anti-Corruption Bureau (ACB), a government agency that is probing the case.

“The ACB has failed to establish my role in any of the charges even after 21 months. There is nothing concrete that has emerged so far to justify coercive actions taken against the bank and its officials,” Mr. Nengroo said.

Mr. Nengroo said he was always passionate to contribute to any government or private set-up and “utilise his experience”.

“However, my disgraceful exit from the bank has put a spanner into my plans to contribute to the society at large. With each passing day, the political motivation behind my removal is getting starker,” he said.

On the alleged illegal recruitment, he said the bank promoters, especially the government of the day and the civil society groups, always suggested candidates for subordinate staff like peons.

“Appointment on compassionate grounds was in vogue since the inception of the bank to provide sustenance to socially and economically weaker sections. Such practice was never objected to by the board members, the Reserve Bank of India (RBI) or any other regulatory body or law enforcing agency. The same model was adopted during the BJP -PDP coalition government too,” he said.

He said if the present regime deems the practice illegal then it should terminate all such appointments made during the past 80 years and even stop the pension of such employees. “Taking action for a particular period of 2011-2019 looks biased and politically motivated,” he alleged.

He said the then Governor Satya Pal Malik had publicly ordered that 582 candidates, who had failed to qualify interview as Banking Associates be absorbed, superseding the Board of Directors of the Bank. “Such appointments are not forming a part of the investigation,” he pointed out.

The ex-chairman said the J&K Bank was the erstwhile State’s success story primarily because it was driven by a model drafted by then Maharaja Hari Singh to have a public ownership and private functioning.

“The present regime has changed this model and has declared J&K Bank as a Public Sector Undertaking. This was only followed up by removal of the chairman and carrying out unprecedented raids at its corporate headquarters,” he said.

Mr. Nengroo said after the gap of 21 months, the performance of the bank is disappointing on all fronts.

“The bank saw loss of ₹1139 crore as on March 31, 2020; closure of key offices and branches outside J&K instead of opening of new branches abroad; and nosediving of share prices from ₹60 to ₹14, resulting in erosion of the investment value of the government in the bank from ₹2100 crore to ₹600 crore,” he said.

The ex-chairman said people are scared of keeping money with the J&K Bank because of “a sustained malign campaign”.

“Interference by the ACB and other investigating agencies on every single transaction is having adverse impact on the culture and commercial decisions of the bank. Such interference is unheard of, not even in the banks where huge scams were reported like the Nirav Modi scam in Punjab National Bank,” he said.

He said it’s high time for the government to restore the functional autonomy of the bank.

“The government is not able to identify a candidate to be appointed as a full time chairman and the interim chairman gets extension after every three months. It is high time for the government to restore the functional autonomy of bank,” said Mr. Nengroo.