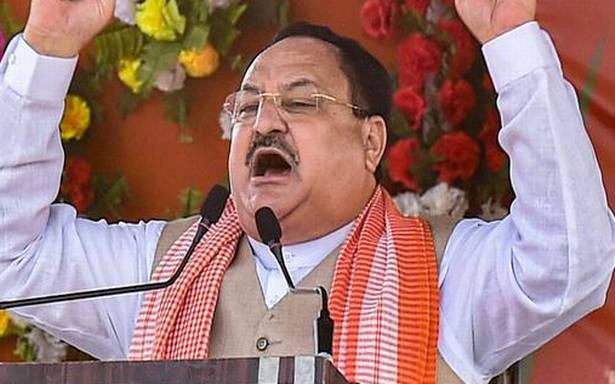 A “tradition of gratitude” will make BJP national president Jagat Prasad Nadda kick off the party’s campaign for the 2021 Assam Assembly elections from Silchar on January 11.

Mr. Nadda is scheduled to address a public rally in the southern Assam town, the largest urban centre in the Bengali-dominated Barak Valley that gave the BJP its first electoral win in 1991.

The BJP had won 10 Assembly seats that year, nine of them in Barak Valley which has a total of 15 constituencies across three districts. The valley was the main reason why the saffron party had garnered 16.68% of votes across the 48 seats it contested, a jump from the 3.56% of the votes across 37 seats contested in the 1985 polls.

“Starting an election campaign from Barak Valley, specifically Silchar, has been a party tradition to express gratitude to the people there for giving us a toehold,” Assam BJP spokesperson Rupam Goswami said.

Prime Minister Narendra Modi had started the party’s campaign in Assam for the 2019 Lok Sabha elections from Silchar, he said.

The BJP had won seven of the State’s 14 parliamentary seats that year, including Silchar.

The tradition was maintained for the 2016 Assam Assembly election, in which the BJP won 60 of the 89 seats contested, as well as the 2014 Lok Sabha polls.

“Development will be the main thrust of the party’s campaign as well as protection of Indian culture and heritage,” Mr Goswami said.