“We are looking to form a non-opposition government to pursue the Naga political issue at the earliest. All 25 legislators of the NPF will join the ruling alliance,” said NPF general secretary Achumbemo Kikon. 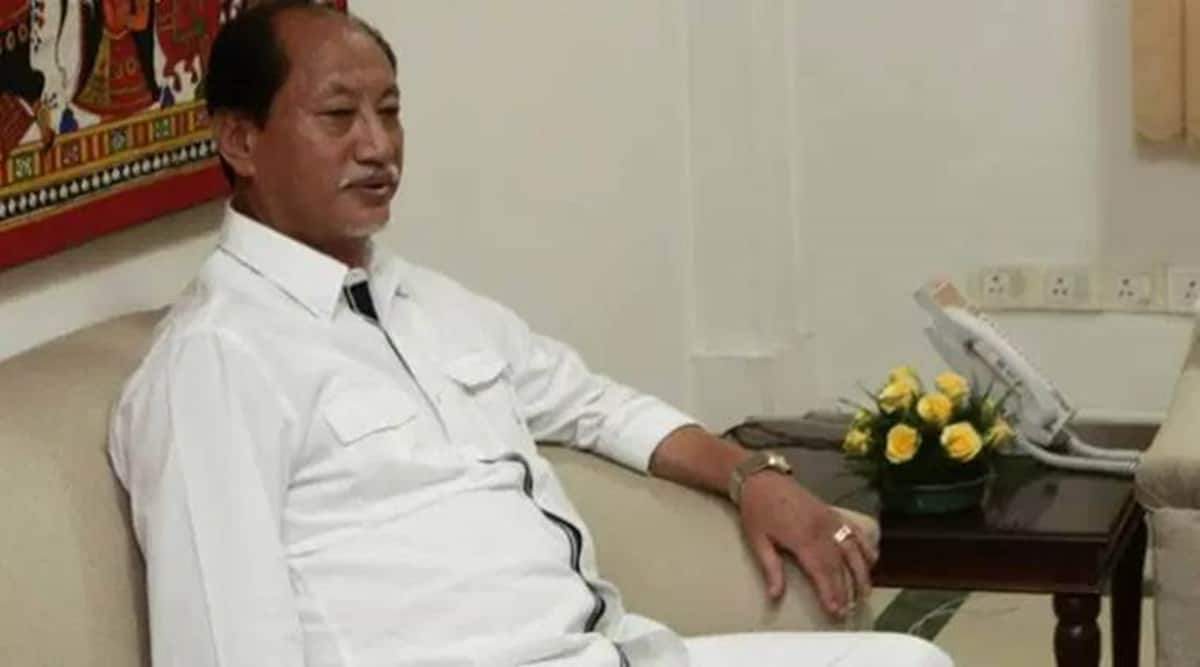 For the second time since 2015, the Nagaland Assembly may soon be without an opposition. The Naga People’s Front (NPF), the main opposition party in the 60-member Nagaland legislative assembly, has offered to join the Neiphiu Rio-led People’s Democratic Alliance (PDA) so that an all-party government can help reach an early settlement of Naga political problems.

“We are looking to form a non-opposition government to pursue the Naga political issue at the earliest. All 25 legislators of the NPF will join the alliance. The question of merging the parties has not risen yet…for now, we are just joining the alliance,” said NPF general secretary Achumbemo Kikon.

The 60-member Nagaland Assembly currently has 59 members, after the demise of one MLA earlier this month. The PDA coalition is led by CM Rio’s Nationalist Democratic Progressive Party (NDPP) with 21 MLAs, and is supported by 12 BJP MLAs and two Independents. The NPF legislators are said to join the coalition in about a week or so.

In 2015, too, when the NPF was in power with TR Zeliang as the Chief Minister, eight Congress MLAs had joined the ruling coalition, leaving the Assembly Opposition-less.

According to sources from the government, the development is rooted in a meeting between Union home minister Amit Shah, CM Rio and Opposition leader Zeliang on the Naga peace issue a few months back. In it, Shah had asked the parties to work together to facilitate the peace process.

“A few days ago, the NPF submitted an official letter to the Chief Minister, saying they wanted to be part of the alliance with an aim to fast-track the peace process,” said a government source, who did not want to be named.
In a statement on Tuesday, the NDPP said they “welcome the resolution of the NPF legislature calling for unity” among the members of the Assembly. It added that BJP would be consulted before taking the matter forward. BJP’s Nagaland in-charge Nalin Kohli arrived in Nagaland on Wednesday to discuss the developments.

In June, the Nagaland government notified the formation of a parliamentary committee to discuss the Naga political issue and act as a facilitator between the Naga groups and the Centre. The committee comprises all 60 members of the State assembly, as well as the two Nagaland parliamentarians.

The Naga movement is considered India’s longest-running insurgency. In 1997, the government had signed a ceasefire agreement with the largest Naga rebel group, National Socialist Council of Nagalim (NSCN-IM). In 2015, negotiations for a solution to the Indo-Naga political problem began between the NSCN-IM and the Centre.

In 2017, six other Naga armed outfits, under the banner of the Naga National Political Groups (NNPGs), joined the talks. These talks, however, reached a roadblock after the NSCN-IM held on to its demands for a separate Naga flag and constitution.