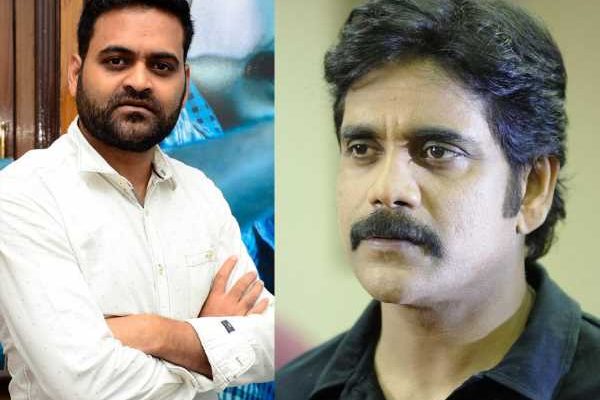 Today morning  Nagarjuna Akkineni took to social media to share photographs of him along with Ranbir Kapoor, Alia Bhatt and director Ayan Mukherji and announced that he has wrapped up shooting his portions for the Hindi fantasy drama Brahmastra,  which is produced by Karan Johar and  also has Bollywood Megastar Amitabh Bachchan aka Big B.  on the otherside, Nagarjuna starrer film with Praveen Sattaru was also launched today with a pooja ceremony .

Nag looked dapper. The  launch started with a customary pooja in the presence of the cast and crew.The team looked super happy on the sets  of this upcoming Telugu film as they celebrated the launch.

Nagarjuna Akkineni’  next film  with Praveen Sattaru goes on floors today. The movie is being produced by Dil Raju under his home banner Sri Venkateswara Creations.

The makers of the film, Sree Venkateswara Cinemas LLP, took to their  microblogging page to share stills from the pooja ceremony.  The launch event was attended by Talasani Srinivas Yadav, Minister of State for Animal Husbandry, Fisheries and Cinematography. Very soon the shoot of this untitled film of King Nagarjuna will be started.  The details related to  Praveen Sattaru’ directorial venture have been kept under the wraps.