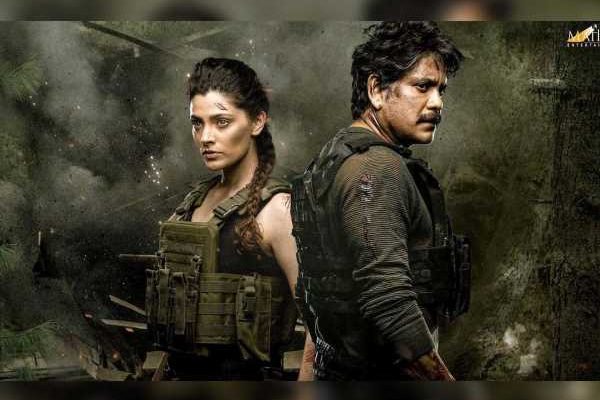 Akkineni Nagarjuna was last seen playing the lead role in Soloman’ directorial venture Wild Dog, which was based on the real incident.  Currently Wild Dog is streaming on Netflix platform in four languages- Tamil, Telugu, Malayalam and Kannada. The team of Netflix revealed that Nagarjuna and Dia Mirza starrer Wild Dog got record views in less time span.

While the  Telugu version of Wild Dog is trending top India wide, the Tamil version is trending at the 5th spot. The team also revealed that Soloman’ magnum opus Wild Dog has broken South India record by clocking massive views in short time.

In Wild Dog, Nagarjuna played the role of  NIA Agent Vijay Varma aka Wild Dog  which was produced by Niranjan Reddy under Matinee Entertainment.  The movie  Wild Dog starts with a bomb blast in a café, which is conducted by the Pakistan based terrorist organisation, Indian Mujahideen, with intentions of getting international attention. The head of police, ropes NIA into the investigation.  Vijay  Varma takes the charges and   identifies the mastermind behind the explosion, Khalid, he leads a covert operation to catch him.

On the otherside, Nagarjuna will  be seen playing the crucial role in Hindi fantasy drama Brahmastra  which also has Big B aka Amitabh Bachchan, Ranbir Kapoor, Alia Bhatt and Mouni Roy.