While Nagpur metro deserves plaudits for being the greenest metro, here is a look at some of the other metro rails in the country. 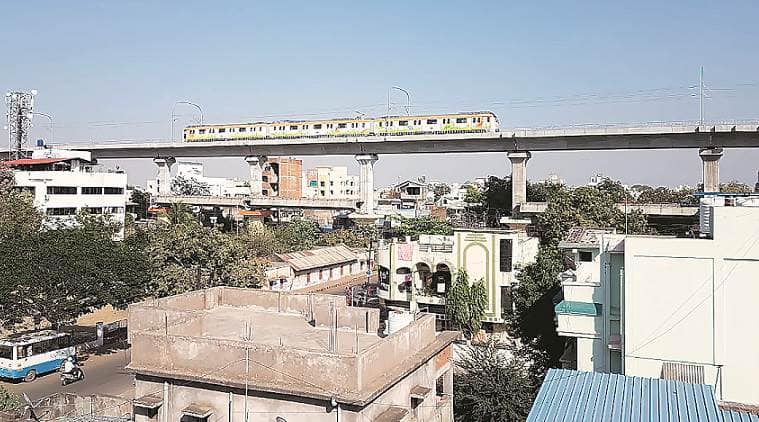 Completed in record 27 months, the Nagpur Metro is considered to be the “greenest metro” in the country, ever since it was flagged off by the Prime Minister in March this year. Around 65 per cent of energy requirement is fulfilled by solar panels on the roof of the metro rail, stations, depot boundary walls and depot shed, the Maharashtra Metro Rail Corporation Ltd has claimed.

The first trial was conducted in February and covered a distance of 11.5 km between Khapri and Ajni stations, at a speed of 45 km per hour to and fro. “Nagpur Metro has set an example for the nation as there was no dispute at all during land acquisition & I thank all the Nagpurians for that,” Maharashtra Chief Minister Devendra Fadnavis said.

According to Railway Technology, the Nagpur Metro includes the north-south corridor and the east-west corridor. The North-South corridor originates at Automotive Square in the north and terminates at MIHAN in the south, whereas the east-west corridor connects Prajapati Nagar on the eastern part of the city with Lokmanya Nagar in the western part of the city. The two routes are served by 36 stations in total.

While Nagpur metro deserves plaudits for being the greenest metro, here is a look at some of the other metro rails in the country. “The inclusion in this prestigious list of infrastructure projects from all over the world is recognition of Delhi Metro’s sustained efforts to create world-class mass transportation infrastructure in the National Capital Region. In the future also, we shall continue with our efforts to provide comfortable, reliable, affordable and eco-friendly services to the people,” DMRC’s Managing Director, Mangu Singh, had said.

The metro here not only caters to Delhi but also to Gurgaon, Noida, Faridabad, Ghaziabad, Bahadurgarh and Ballabhgarh. It is the largest and busiest metro in India, and second oldest after the Kolkata Metro. It is also the world’s eighth-longest metro system and 16th largest by ridership. 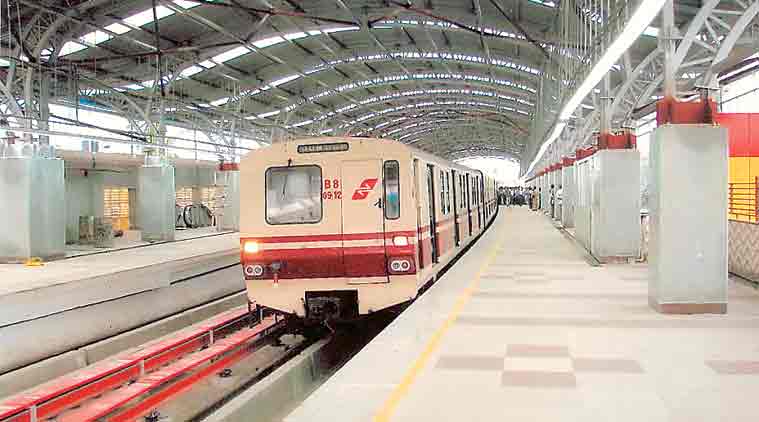 Kolkata will be the first city in India to have an underwater tunnel near river Hooghly. While the construction of this new line has been completed, operations are expected to begin by June end. Aside from this, Kolkata has the country’s oldest metro system. Presently, it consists of an operational line, connecting from Noapara to Kavi Subhash. This route is also known as Line 1 with a total length of 27 kilometers connecting as many as 24 stations across the city, with 15 of them being underground.

Several other extensions of the metro are under process, such as the Joka – Esplanade Metro (Line 3), the Noapara – Barasat Metro (Line 4), the Baranagar – Barrackpore Metro (Line 5) and the Kavi Suvash – Jai Hind Metro (Line 6). Also known as Namma metro, this high-speed and low-cost transit medium is a blessing for commuters in the IT hub as it offers a safe, reliable, comfortable and quick journey. It is the fourth longest operational metro network in India after the Delhi Metro, Hyderabad Metro and Chennai Metro. It also contains the first underground metro line in South India.

As of now, the metro network consists of two colour-coded lines: Purple Line and Green Line. Additionally, there will be the construction of three new colour-coded lines in phase 2 of the project: yellow, red, and blue. 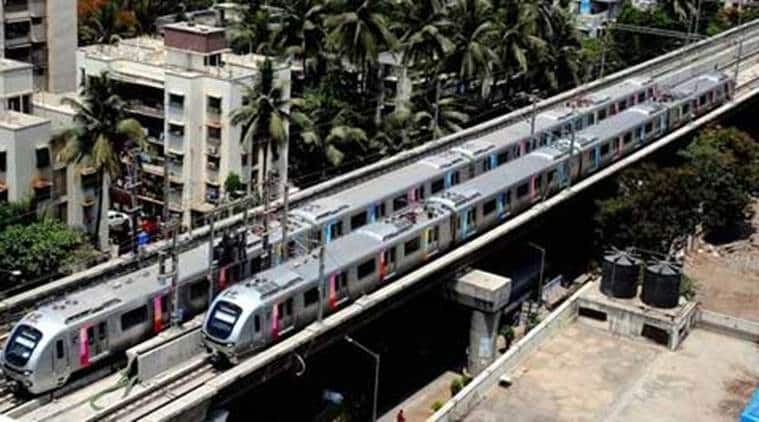 The Mumbai Metro designed to reduce traffic congestion in the city, and supplement the overcrowded Suburban Railway network. It is modern, clean and fast and saves 60 minutes of travel time daily. It is being built in three phases over a 15-year period, with overall completion expected in 2025. As of August 2018, Mumbai metro consisted of 1 operational line (Line 1 – elevated metro from Versova to Ghatkopar), and 4 lines under various stages of construction.

Hyderabad Metro is the second longest operational metro in India after Delhi. Inaugurated by Prime Minister Narendra Modi, it is funded by a Public Private Partnership and runs from Miyapur to Nagole with 24 stations. The eventual metro line will be a 72-km elevated stretch, which is expected to be completed by the end of the year. The Chennai Metro system commenced service in 2015 after partially opening the first phase of the project. The network consists of two colour-coded lines covering a length of 45 kilometres and is the third largest metro system in India after Delhi Metro and Hyderabad Metro.

As of February 2019, Chennai Central to St. Thomas Mount on the Green line and Washermanpet to Chennai International Airport on Blue line are commercially operational.

Once completed, the Lucknow Metro will have 2 Lines (1A & 1B), the longer Red (North-South) line, and the Blue (East-West) line, running from Charbagh Railway Station to Vasant Kunj.