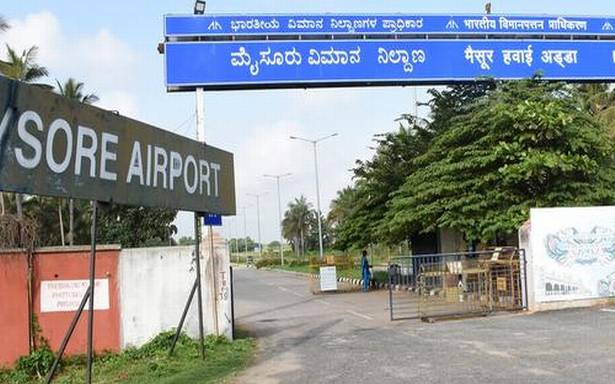 Pramoda Devi Wadiyar of the erstwhile Mysore royal family has expressed happiness over the State government’s move to put up the portraits of the late Maharajas Chamaraja Wadiyar and Nalwadi Krishnaraja Wadiyar at the Vidhana Soudha in Bengaluru.

Welcoming the step, she said the government has recognised the fact that the idea of establishing the representative assembly was that of Chamaraja Wadiyar which was developed and nurtured to function on democratic principles by Nalwadi Krishnaraja Wadiyar.

Ms. Wadiyar had made this appeal in a letter to Mr. Somashekar on February 23. The copies of the letter were shared with the media here on Wednesday.

Following the appeal, the Minister has separately appealed to the Speaker to install the portrait of Jayachamaraja Wadiyar and to Chief Minister B.S. Yediyurappa to name the airport after the last Maharaja of Mysore. In the letters, the Minister cited the immense contributions of the Maharajas and also the appeal from Ms. Wadiyar.

In the letter, Ms. Wadiyar recalled the involvement of the late Maharaja in nurturing the idea of his forefathers on the democratic institution in the form of representative assembly. Ms. Wadiyar had cited the quote of the late Maharaja after inaugurating the joint session of the two houses of the legislature at Jaganmohan Palace in Mysuru on June 9,1941.

In accordance with Article 366 (15) of the Constitution of India, the Maharaja became the ‘Rajapramukh’ for the State of Mysore from January 26, 1950, she said.

When Justice Fazal Ali Commission, constituted to study the reorganisation of State on linguistic basis, toured Mysore and interviewed the ‘Rajapramukh’, he readily agreed for the merger of the Kannada-speaking areas and sacrifice the Constitution-guaranteed post of ‘Rajapramukh’, she recalled, while narrating the late Maharajas’ contributions.

She said Jayachamaraja Wadiyar, soon after becoming the Maharaja, had accorded permission to form a joint stock company to start Hindustan Aircraft company in Bangalore to support the World War efforts. In addition, the Maharaja and his government contributed ₹50 lakh to the war fund. A vessel of the Royal Indian Navy and a squadron of aircraft went as a gift from Mysore to the war, Ms. Wadiyar recalled in her letter.