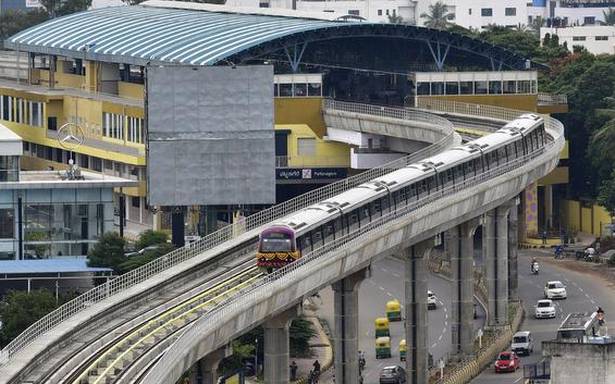 “From next week, we will return to a schedule that is almost similar to that of pre-COVID times,” said BMRCL managing director Anjum Parwez, adding that the number of people travelling in Namma Metro has been steadily increasing over the last few months. “We have now touched a ridership of almost 3 lakh per day. Increased train services will help the passengers in the coming days.”

On Sunday, however, trains will be run from 7 a.m. onwards. For the rest of the week, from Monday to Saturday, train services from terminal stations such as Kengeri, Silk Institute, Nagasandra and Baiyappanahalli will start at 5 a.m. The last train from these terminal stations will leave at 11 p.m. From Nadaprabhu Kempegowda Station, Majestic, the last train to all the directions leaves at 11.30 p.m.

When asked about the reason for advancing service hours, Mr. Parwez said, “There has been public demand to run trains from 5 a.m. People leaving early to office and passengers arriving from points such as Hoskote, Nelamangala, Doddaballapur and others in buses have to wait early in the morning outside Majestic stations. It is for their benefit that we have decided to advance Namma Metro timings.” Other than office goers, early morning trains are also preferred by the people who go to jog at Cubbon Park and Lalbagh.

Prior to the pandemic, more than 4 lakh people were using the metro services. While ridership has been increasing steadily, it has yet to return to pre-COVID numbers as many firms have asked employees to continue to work from home.