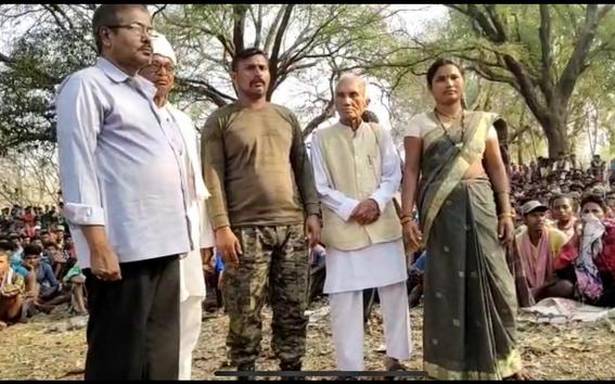 The abducted commando was handed over to local villagers.

The Central Reserve Police Force (CRPF) commando who was abducted by the Maoists after the April 3 encounter at Tarrem in Chattisgarh’s Sukma was released on Thursday.

“The abducted commando, identified as Rakeshwar Singh Minhas, was handed over to local villagers. A group of journalists acted as mediators to secure his release,” a senior Chattisgarh police official said. The commando reached a security camp near Basaguda in South Bastar on Thursday evening.

"At around 16:30 hours the abducted CoBRA jawan Rakeshwar Singh Manhas returned safely to Tarrem Police Station along with the facilitators, who went to the jungle to trace his location. The jawan is being admitted to Basaguda field hospital for medical examination and treatment," says P. Sundarraj, IG, Chattisgarh Police

The commando belongs to the Commando Battalion for Resolute Action unit (CoBRA) of the CRPF, a unit specially trained for operations in Left Wing Extremism (LWE) affected areas.

On April 6, the banned Communist Party of India (Maoist) released a statement where it demanded that the State government announce a mediator for the release of the commando.

On Wednesday the Maoists released a photograph of Mr. Manhas where he is seen sitting under the shade of a hut in his combat clothes.