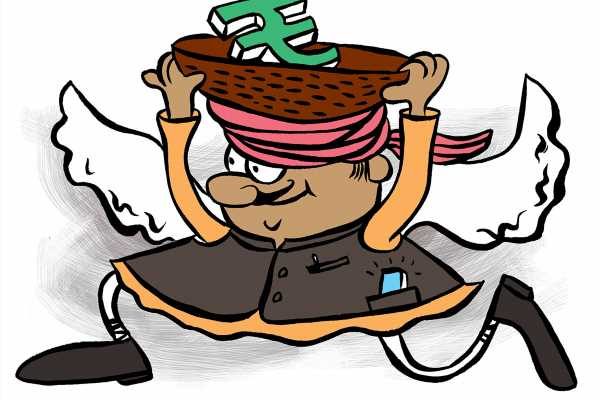 This is to prevent further decline of the country’s foreign exchange reserves.

However, it has not issued any formal communication yet.

Letter of credit is a financial contract or a document that guarantees a buyer’s payments to sellers.

Nepal is India’s ninth largest export destination with $9.6 billion of exports to the landlocked country in calendar year 2021.

India enjoyed a trade surplus worth $8.3 billion in 2021 with $1.3 billion of imports from Nepal during the calendar year.

According to Nepal’s media reports, LCs will not be issued for import of bicycles, mopeds, rice, gold, electrical appliances and silver, among others.

Spike in inward shipments into the country in recent months have led to massive amounts of foreign currency outflow, raising concerns of a crisis similar to Sri Lanka.

An official from the Nepal embassy confirmed the import ban.

An Indian government official said though local currency trading is allowed between Nepal and India, Nepal may not have sufficient Indian rupees to pay for its imports.

They are awaiting official communication from Nepal regarding the import ban.

“Most exporters are not aware of the development. Nepal is being cautious after seeing the developments in Sri Lanka. That’s why it is restricting some imports.

“As of now, we do not have any information about what will not be allowed for imports.

“The way things are developing in many countries (such Sri Lanka), it is definitely adding to the uncertainties in global trade,” he added.

Officials from the automobile industry said there could be challenges for new contracts in the future.

This is because import of auto and its components may be included in this restricted list of non-essential items.

However, there may not be any short-term impact of the ban.

“The existing LCs would continue to be honoured for import of products into Nepal.

“The problem would be for new contracts, for which new LCs would be required.

“The main reason for this decision is to have less deficit in balance of trade before the budget session in Nepal in June.

“We understand it to be a temporary measure,” an official said.

India exports automobiles and parts worth $600-700 million to the Himalayan country every year.

This accounts for 4 per cent of India’s total auto exports in value terms.

EEPC India said that the move is expected to adversely impact engineering exports to Nepal.

Asian Development Bank (ADB) — in its latest outlook — said elevated oil prices due to the Russian invasion of Ukraine will push up the import bills and may lead to a worsening of the trade balance for Nepal.

“Based on these developments, the current account deficit is forecast to widen to 9.7 per cent of GDP in FY22 from 8 per cent in FY21,” it added.