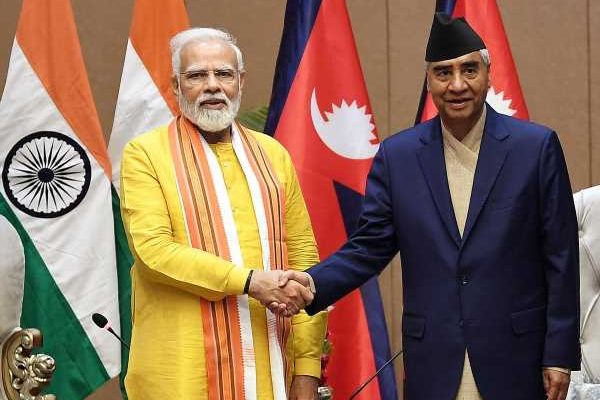 President Bidya Devi Bhandari relieved the ministers from their respective ministerial portfolios at the recommendation of Prime Minister Deuba in line with Article 77 (2) of the Constitution of Nepal, said a statement issued by the President’s Office.

Those relieved from the ministerial position include minister for federal affairs and general administration Rajendra Shrestha, minister for forest and environment Pradeep Yadav, minister for physical Infrastructure Mohammad Istiyak Rai and minister for agriculture and livestock Mrigendra Kumar Singh.

According to the code of conduct of the Election Commission, even if these ministers are removed, the chances of the prime minister being able to appoint new ministers are very low.

The EC states that new appointments in the Cabinet will violate the election code of conduct.

The JSP has made an electoral alliance with main opposition Communist Party of Nepal-Unified Marxist Leninist headed by K P Sharma Oli.

Janata Samajbadi leaders had argued that they hadn’t quit the government but only partnered with the UML for the elections in some constituencies.

Prime Minister Deuba had discussed the matter with the Communist Party of Nepal-Maoist Centre, the CPN-Unified Socialist, and the Rastriya Janamorcha. The coalition partners were divided on the issue even though Deuba was firm on sacking them, the Kathmandu Post newspaper reported.

Some leaders had suggested only relieving them of their duties and rendering them ministers without portfolio. They had argued that the party could still be a part of the coalition considering the possibility of new partnerships after the elections.

Meanwhile, minister for law, justice and parliamentary affairs Gobinda Prasad Sharma (Koirala) has also been relieved from the portfolio as he could not be a member of the federal parliament within six months as stipulated in the Article 78 of the Constitution of Nepal.

Minister for Communication and Information Technology Gyanendra Bahadur Karki has been entrusted with the responsibility of the law ministry as well.

There is a provision in the constitution that no one other than the member of the Parliament can be the minister, for more than six months.

Nepal is set to conduct polls for federal Parliament and provincial assemblies on November 20.