New Covid-19 Guidelines: The Centre has refreshed its guidelines for international arrival in a bid to curb the spread of the coronavirus, with a specific focus on those arriving from the United Kingdom, Brazil and South Africa. 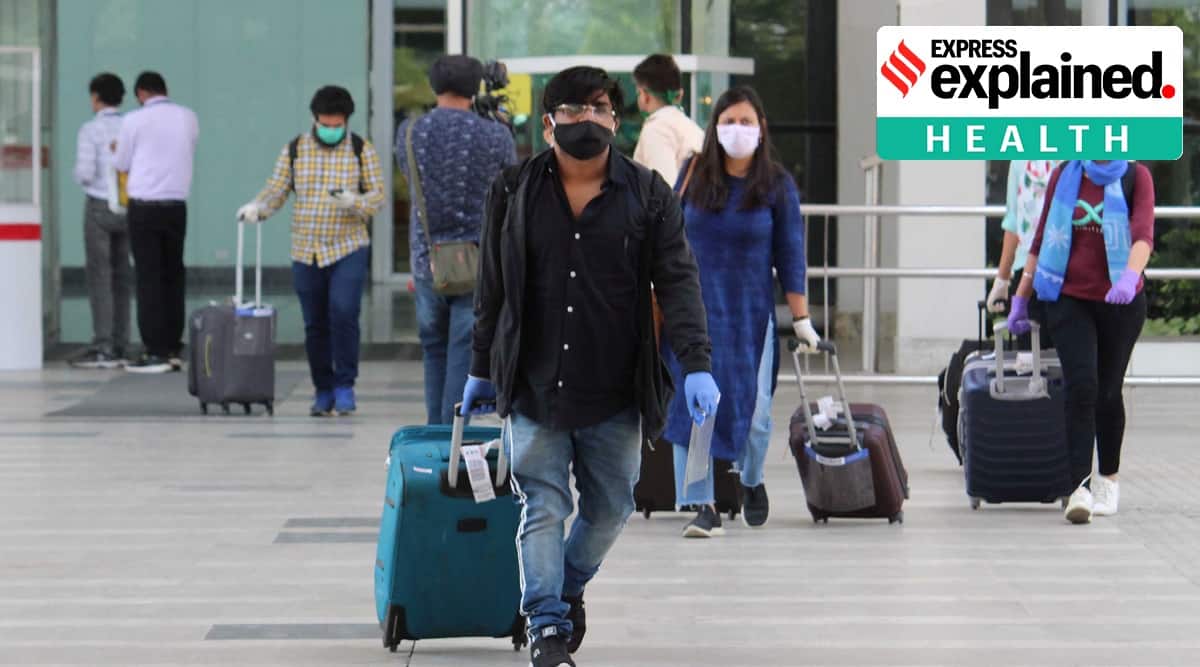 With newer variants of Covid-19 emerging and finding occurrences in India, the Centre has refreshed its guidelines for international arrival in a bid to curb the spread of the virus with a specific focus on those arriving into the country from the United Kingdom, Brazil and South Africa.

Which international passengers are these new guidelines applicable to?

These new Standard Operating Procedures are applicable for all incoming international travellers coming in from the UK, Brazil or South Africa transiting through flights originating from the UK, Europe and Middle East. The broader categorisation for these locations has been done because there are no direct flights between India, and Brazil and South Africa; and most of the passengers arriving from these countries arrive through transiting flights from Europe or Middle East.

What are the guidelines for international passengers arriving from these places?

In addition to the usual procedures of filing out a self-declaration form and submitting it on the Air Suvidha portal at http://www.newdelhiairport.in, those arriving on flights from the UK, Europe and the Middle East will have to get an RT-PCR test done prior to their flight and will be mandatorily subjected to self-paid confirmatory molecular tests on arrival at the Indian port of entry. If the outcome of these tests at the airport is negative, the passengers have to undergo home quarantine for seven days and then get re-tested. If they again test negative, they must self-monitor their health for another seven days. However, in case they test positive at any stage after arrival, they will be put in isolation and the treatment protocols will be applicable.

What do passengers needs to keep in mind?

For passengers taking onward flights to smaller airports after arriving at one of the international hubs in India like Delhi, Mumbai, Bengaluru, Chennai, Kochi, etc it will be mandatory to declare their final destination while filling out the self-declaration form prior to taking the flight. Upon arrival at the port of entry, like all other passengers in this category, they will have to go through the mandatory self-paid confirmatory molecular tests, and will be allowed on their connecting flights only if they test negative. Therefore, the government has recommended that for all those taking connecting flights within India, there should be a gap of at least 6-8 hours between the two flights. For example, if someone taking a flight from Johannesburg to Ranchi via Dubai and Delhi, there should be at least 6-8 hours of time between the flight arriving into Delhi from Dubai and the one departing from Delhi to Ranchi.

How will passengers arriving from Brazil, the UK and South Africa be identified?

The government has asked airlines to identify the international travellers arriving from or transiting through United Kingdom, Brazil and South Africa (during past 14 days) and segregate them in-flight or while disembarking to facilitate the authorities to follow the due protocol in respect of these travellers. The immigration officers of these airports will also ensure identification of travellers from their passports, who originated or transited from the UK, Brazil and South Africa during past 14 days.

What about other international passengers?

For other passengers not falling in this category, the rules remain the same and they will be subject to the existing exemptions and quarantine norms upon arrival. However, all those who came in contact of travellers arriving from UK, South Africa and Brazil who test positive (either at the airport or subsequently during home quarantine period), shall be subjected to institutional quarantine in separate quarantine centers and would be tested on the seventh day (or earlier if develop symptoms).