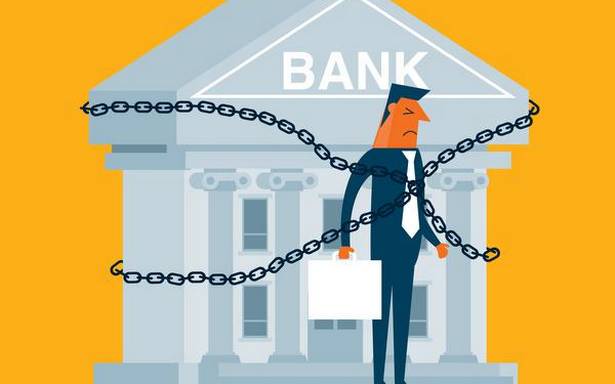 Customers had submitted fake documents and had obtained loans with the connivance of some bank staff, police said

In a week, the Anti Bank Fraud Wing of Central Crime Branch has arrested nine persons including two bank staff for defrauding banks by submitting forged documents to get loans sanctioned in violation of norms. They caused a wrongful loss of ₹6 crore to the banks by their acts in five different cases, said police.

Police said Lyson, branch manager of HSBC bank, Rajaji Salai had lodged a complaint on the fraudulent sanction of a personal loan for ₹1.51 crore in the name of I.V Support Technologies. Forged documents were submitted to the bank with the connivance of bank staff, he alleged. On his complaint, police registered a case and took up an investigation.

On completion of investigation, police arrested S. Najimudin, 28 of Selaiyur, a staff member of the bank at the Rajaji Salai branch. He had opened 44 bank accounts in the names of fictitious persons and disbursed personal loans to 15 persons through fraudulent means. Along with him, police also arrested D.Prithviraj, 35, an HR manager of I.V.Support Technologies for allegedly submitting forged documents for obtaining the loan from the bank.

Acting on another complaint from Rajasekar, branch manager of Indian Bank, Kilpauk, police arrested S. Muthuvel, 43 of Tiruvallur district who allegedly submitted fake documents to the bank and obtained loans of ₹1.43 crore for buying a rice mill and a house.

Alphonse Rajesh, branch manager of Karur Vysya Bank, Nungambakkam had lodged a complaint alleging fake documents were submitted by a couple from Velachery. In connection with his complaint, Miracline Doris, 33, her husband, Thangaraj, 37 of Velachery and two others, S.Govindaraj, 59 of Vadapalani and Syed Ali of Mangadu were arrested for submitting fake documents claiming they were running CM Enterprises. They had obtained a home loan ₹ 49.12 lakh from Karur Vysya Bank in a fraudulent manner.

Similarly, Murugan, deputy general manager of State Bank of India had complained about a fraud committed by a customer while obtaining a home loan. The complainant said the customer, Syamala had obtained a home loan for ₹75 lakh by submitting forged documents to the bank branch in Medavakkam and wrongfully gained the said amount. Balaji, 35 who was the branch manager at the time of sanctioning the loan, was arrested by police on Wednesday.

On a complaint from Rakesh, branch manager of SBI, Virugambakkam, police arrested Mohammed Kani alias Mohammed Muzammil, 35 of Ekkattuthangal for submitting fake documents and attempting to get ₹1.95 core from the bank.